The first draft of this strategy for the African Open Science Platform (AOSP) was developed as a result of an expert group meeting held in Pretoria in March 2018. It then formed the discussion document for a stakeholder meeting held in Pretoria on 3-4 September 2018. Resulting amendments have been incorporated in this strategy for the Platform, which will be launched at the Science Forum South Africa in December 2018. The March and September meetings involved a wide range of representatives from scientific bodies from across Africa, together with representatives of international bodies including UNESCO, the International Science Council (ISC), the Research Data Alliance (RDA) and the ISC Committee on Data (CODATA). 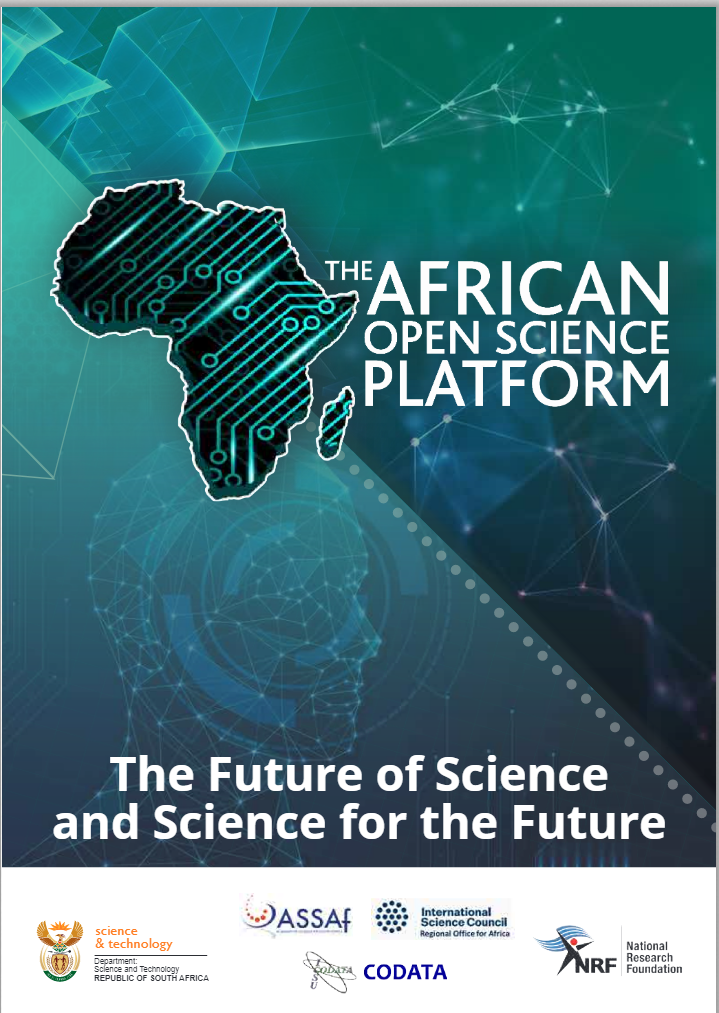 Summary: Open Science and the digital revolution: the imperative for action

The reality and potential of the modern storm of digital data together with pervasive communication have profound implications for society, the economy and for science. No state should fail to adapt its national intellectual infrastructure to exploit the bene ts and minimise the risks this technology creates. Open Science is a vital enabler: in maintaining the rigour and reliability of science; in creatively integrating diverse data resources to address complex modern challenges; in open innovation and in engaging with other societal actors as knowledge partners in tackling shared problems. It is fundamental to realisation of the SDGs.

The challenge for Africa

National science systems worldwide are struggling to adapt to this new paradigm. The alternatives are to do so or risk stagnating in a scientific backwater, isolated from creative streams of social, cultural and economic opportunity. Africa should adapt, but in its own way, and as a leader not a follower, with its own broader, more societally-engaged priorities. It should seize the challenge with boldness and resolution by creating an African Open Science Platform, with the potential to be a powerful lever of social, cultural and scientific vitality and of economic development.

The Platform’s mission is to put African scientists at the cutting edge of contemporary, data-intensive science as a fundamental resource for a modern society. Its building blocks are:

These objectives will be realised through six related strands of activity:

Strand 1: A federated network of computational facilities and services.

Strand 2: Software tools and advice on policies and practices of research data management.

Strand 3: A Data Science and AI Institute at the cutting edge of data analytics.

Strand 5: A Network for Education and Skills in data and information.

Strand 6: A Network for Open Science Access and Dialogue.

The document also outlines the proposed governance, membership and management structure of the Platform, the approach to initial funding, immediate priorities and targets for 3-5 year horizons.

As well as the full vision and strategy document, we present here a shorter, four-page leaflet on the initiative.

The Future of Science and Science of the Future: Vision and Strategy for the African Open Science Platform: https://doi.org/10.5281/zenodo.2222418