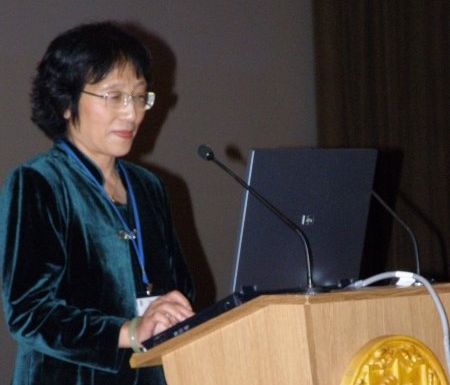 Dr. LIU Chuang, from the Institute of Geography and Natural Resources in Beijing , was the 2008 recipient of the CODATA Prize. For more than two decades, she has contributed to the development of significant new scientific data products and services and worked with the Chinese scientific community and key government institutions to improve data quality and availability. She received the award for her outstanding achievement on the world stage in scientific data research, policy and management issues while simultaneously nurturing international cooperation and highlighting the many challenges facing data scientists in developing countries. 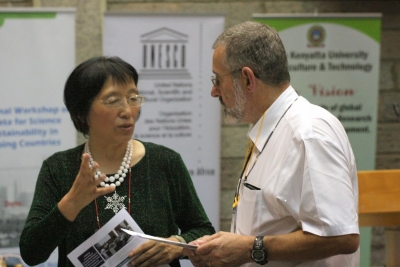 She was also recognized for her dedication to improved data access and capacity building for the developing world as a whole, not only as co-chair of the CODATA Task Group on Preservation and Access to Scientific and Technological Data in Developing Countries, but also as the leader in development of the Global Alliance for Enhancing Access to and Application of Scientific Data in Developing Countries of the United Nations Global Alliance for ICT and Development (GAID).

The CODATA Prize also honors her significant achievements in developing new data on land use and land cover change in China, as well as her efforts to build capacity in remote sensing and other types of spatial data management. Her efforts on behalf of the development of the World Data Centers in China and as user co-chair of the Working Group on Information Systems and Services (WGISS) of the Committee on Earth Observing Systems (CEOS) also deserve mention.