The “Interoperability for Cross-Domain Research: Machine-Actionability & Scalability” workshop was held at Schloss Dagstuhl from August 28 to September 2, 2022 (https://www.dagstuhl.de/22353). The workshop was the fourth in a series, starting in 2018, exploring the role of metadata standards and the issues around interoperability in the cross-domain sharing and reuse of research data. It was jointly supported by CODATA, the DDI Alliance, Schloss Dagstuhl, the Leibniz Center for Informatics, and the EU-funded WorldFAIR project, of which CODATA is the coordinator. With the current interest in the FAIR principles and their application to interdisciplinary research data, the focus of the workshop was on specific approaches which could be employed within large-scale infrastructures spanning domain boundaries.

The workshop involved 23 participants from 10 countries, and included experts from many disciplines and organisations, including infectious disease, the social, behavioural, and economic sciences, environmental science, disaster risk reduction, geographic information science, and others. The work was divided into three groups, looking at different aspects of interoperability: integration of primary and reference data; access to sensitive data; and common approaches to large-scale oceans and disaster data. Several WorldFAIR case studies contributed to these groups. A fourth group looked at how the findings in each area could be combined in a cross-domain interoperability framework, and a fifth looked at the RDF expression of some core data and metadata models. Further information on the workshop themes and the groups’ activity can be found on the workshop wiki.

The workshop was very successful in meeting its agreed goals. One was the production of an initial draft of a cross-domain interoperability framework (CDIF), which is central to the work of the WorldFAIR project and other fora looking at cross-domain interoperability. CDIF is a proposed set of recommended best practices for using a coordinated set of domain-agnostic standards – most often as specific subsets or profiles of those standards – to support a core set of functions for cross-domain FAIR reuse. The group work on specific topics has resulted in a number of planned publications, and one or more collaborative projects between some of the participating institutions.

The workshop showed that Schloss Dagstuhl’s reputation as a venue for intensive collaborative work is well-deserved. Over the course of this series of workshops, solutions to the problem of cross-domain interoperability have gained a sharper focus, leading to the concrete outputs which will serve as a basis for ongoing work. A fifth workshop in the series, ‘Defining a core metadata framework for cross-domain data sharing and reuse’, is planned for the fall of 2023, as well as a workshop on the application of DDI’s Cross-Domain Integration standard. 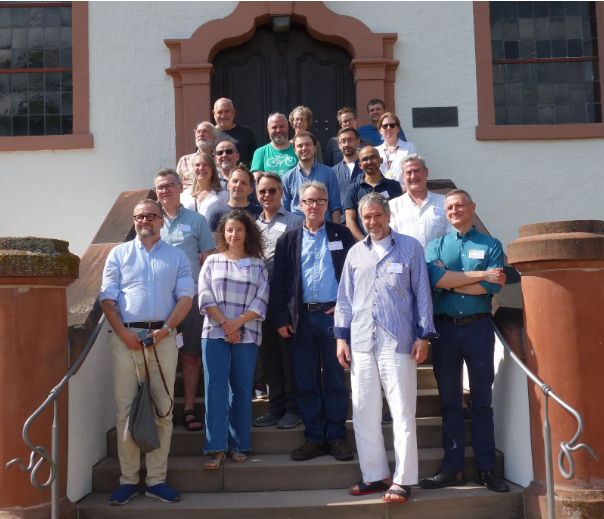