CODATA has been asked to take a leading role in Science International 2015: Big Data/Open Data.  The Expert Working Group that has been tasked with producing the international science ‘accord’ that is the principal output of this initiative, is being chaired by CODATA President Geoffrey Boulton. 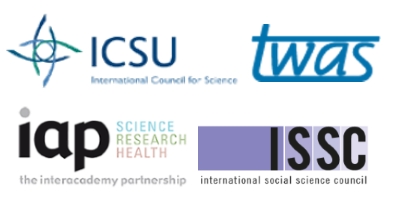 Science International 2015: Big Data/Open
‘Big data’ has emerged as a major opportunity for scientific discovery, while ‘open data’ will enhance the efficiency, productivity and creativity of the public research enterprise and counteract tendencies towards the privatisation of knowledge. In addition, concurrent open publication of the data underpinning scientific papers can provide the basis of scientific ’self correction’. For organisations, individuals and society to maximise the benefits of big data, however, will depend on the extent to which there is open access to publicly-funded scientific data.

In this regard, there are a growing number of calls from various actors, both within and outside the scientific community, and from inter-governmental bodies such as the G8, the OECD and the UN, for open access to publicly-funded scientific data, especially regarding data of particular importance to major global challenges.

Full exploitation of ‘big data’, however, will also depend on the extent to which national science systems are able to develop the capacity to use it, on avoiding the creation of new ‘knowledge divides’, and on deciding which data can be made open for use and re-use.
‘Big Data/Open Data’ will therefore be the subject of the first meeting of Science International, to be held in Pretoria, South Africa, from 7-9 December 2015. The meeting will be hosted by South Africa’s Department of Science and Technology and held in parallel with the first South African Open Science Forum and a planned G77 Ministerial meeting.

The meeting will also recommend a global plan for data science capacity development, with an initial focus on Africa.

Objectives of the Accord

Expert Working Group
The following have agreed to participate in the expert working group, which will lead the process of drafting the Big Data/Open Data accord:

This core group will be assisted by a wider network of expert ‘readers’ identified from among the members and networks of the Science International partner organizations.