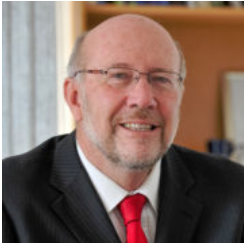 Until recently, Rob held the position of Group Executive: Nuclear at the Aveng Group. Prior to joining Aveng, Rob was Chief Executive Officer of the South African Nuclear Energy Corporation (Necsa), South Africa’s foremost nuclear technology company. He held this position from 2006 to 2012. Before joining Necsa, Rob was Director-General of the Department of Science and Technology, from 1999 to 2006. Rob has also been a Professor of Physics at both the University of Pretoria and the University of South Africa and served on the Council of the Academy of Sciences of South Africa. He is currently a member of the Human Resource Development Council chaired by Deputy President David Mabuza and has chaired or served on numerous Boards and Councils over the course of his career.

Prof Simeon Materechera, Director of the Indigenous Knowledge Systems Center at the Mafikeng campus of the North West University

Professor Materechera is the Director of the Indigenous Knowledge Systems Center at the Mafikeng campus of the North West University. He oversees the teaching and research activities of IKS at the University and is involved in supervision and mentoring of postgraduate students. His career has involved networking activities that led to setting up of collaborations with peers, organizations and institutions involved with research, teaching and learning, and, community engagement. Professor Materechera has published widely including book chapters, conference presentations, monographs, commissioned research reports and peer-reviewed journal articles. He serves on the editorial boards of a number of journals.

Dr. Jörg Helmschrot holds a diploma degree in geography, geology and urban planning from the University of Jena in 1999. In 2006, he finished his PhD on the impact of afforestation on wetland and catchment hydrology in South African headwater catchments. Dr. Helmschrot also holds an extraordinary Professorship with the University of Stellenbosch, Faculty of AgriSciences and the Water Management Institute since 2016. After working as a SASSCAL researcher at University of Jena until 2012, Dr. Helmschrot joined the Scientific Coordination team of the SASSCAL at University of Hamburg in 2013. Since June 2016, Dr. Helmschrot took up the position of SASSCAL’s Director of Science and Technology and Capacity Development and is in charge for implementing and coordinating the further development of the SASSCAL research and capacity development agenda as well as the establishment of the Open Access Data Centre. He is also in charge for the successful implementation of collaborative research projects funded through e.g. AU GMES Africa, EU H2020, BMBF, World Bank and ARC.

Please see the already announced list of keynotes and panellists at http://internationaldataweek.org/speakers-0