Preserving diffraction images as part of the scientific record

The Diffraction Data Deposition Working Group (DDDWG) of the International Union of Crystallography (IUCr) is continuing its work to evaluate the desirability of preserving diffraction images and other raw data sets as part of the permanent record of a scientific investigation.

While the case has yet to be made for comprehensive archiving by centralised agencies, the Working Group has encouraged the assignment of persistent identifiers to data sets archived by a researcher’s local institution as an interim approach.

Following the University of Manchester Library‘s assignment of Digital Object Identifiers (DOIs) to research data sets stored in its repository, a suite of articles on the platins and histidine by Helliwell and co-authors has been updated to include these DOI-based links in the supporting information (e.g. Tanley & Helliwell, 2014). 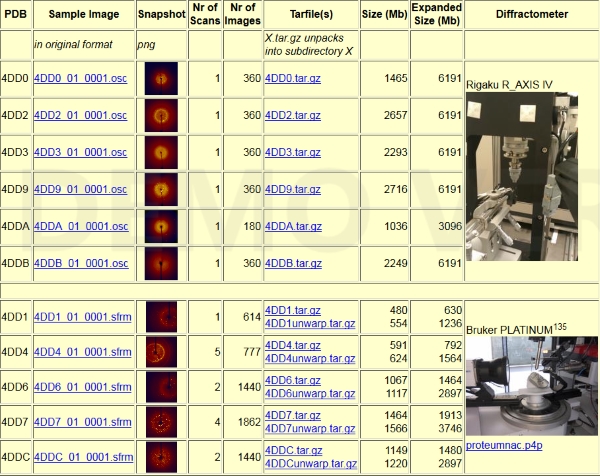 Prior to the University’s implementation of data storage with associated DOIs, several of these data sets were also archived informally at the University of Utrecht and in the Australian Store-Synchrotron facility. The story of the reprocessing of some of these data sets by an independent investigator has already been told in a recent article related to the work of the DDDWG (Kroon-Batenburg & Helliwell, 2014).

The work and progress of the DDDWG are described within the various postings in an IUCr Forum, which also includes links to pertinent documents from e.g. the International Council for Science and CODATA on the data archiving policies and practice in other scientific fields. The presentations from the recent DDDWG workshops in Bergen and Rovinj are also available on the IUCr website.

This news is from the article of John R. Helliwell, University of Manchester, DDDWG Chair, published on the IUCr website.