Ismail Serageldin, Founding Director of the Bibliotheca Alexandrina, will give a keynote presentation at CODATA 2017 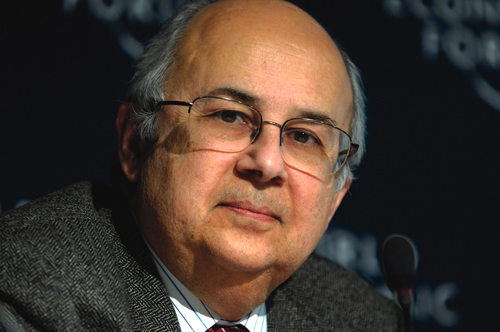 new Library of Alexandria, inaugurated in 2002, is currently, Emeritus Librarian, and member of the Board of Trustees of the Library of Alexandria. He is advisor to the Egyptian Prime Minister in matters concerning culture, science, and museums. He serves as Chair and Member of a number of advisory committees for academic, research, scientific and international institutions, including as co-Chair of the Nizami Ganjavi International Center (NGIC), and serves on the Advisory Committee of the World Social Science Report for 2013 and 2016, as well as the UNESCO-supported World Water Scenarios (2013) and the executive council of the Encyclopedia of Life (2010) and Chairs the Executive Council of the World Digital Library (2010).  He has held many international positions including as Vice President of the World Bank (1993–2000). He also co-chaired the African Union’s high level panel for Biotechnology (2006) and again for Science, Technology and Innovation (STI) in 2012-2013, and was a member of the ICANN Panel for the review of the internet future (2013).
Other confirmed keynotes are announced here and on the conference website http://codata2017.gcras.ru/
Deadline for Session Proposals and Abstracts for Presentations, 28 July

The deadline for to propose conference sessions and papers is now only one week away 28 July: see http://conference.codata.org/2017/