2020 could prove a pivotal year for Open Science and the transformation of research practice, scholarly communications and the stewardship of research data. The challenges and opportunities of the digital revolution have been evident for some time and the influence of technological and societal transformations can be detected in research and communication practice in a number of domains. For a number of years, certain research funders on the one hand and certain research communities on the other have advocated improved data stewardship through the FAIR principles and more open data and scholarly practices.

Through the European Open Science Cloud and the adoption of data management plans and the FAIR principles, the European Commission has been for a number of years a strenuous advocate of Open Science for good research practice and as a driver of innovation.  The International Science Council’s Action Plan gives prominence to digital transformations and Open Science as epochal issues for global scientific coordination.  UNESCO is preparing an international standard-setting instrument in the form of a Recommendation on Open Science, for approval at the 2021 General Assembly.  By drawing attention to the need for international cooperation, real time data sharing and rigorous scientific transparency the COVID-19 pandemic has accelerated the convergence of Open Science and FAIR data.

Dr Nair-Bedouelle comes to UNESCO, where she started on 1 April 2019, from the United Nations Environment Programme (UNEP), there she had served as Director of the OzonAction programme since 2012. Responsible for implementing the Multilateral Fund for the Montreal Protocol, she had coordinated a unique network of 147 national Ozone Action offices, providing developing countries with scientific and technical advice as to which alternative technologies to choose to the chemical substances depleting the Ozone Layer. A strong advocate for enhancing womens’ role in science and engineering, she launched UNEP’s first training programme for women technicians.

Born in 1960, Shamila Nair-Bedouelle holds a PhD in Life Sciences from the University of Capetown in South Africa. She pursued her research career at the Institut Pasteur in Paris from January 1992 onwards then within the pharmaceutical industry at the MIT University Park in Boston, USA, from January 1994 until January 1996, when she integrated the French National Institue for Medical Research (Institut national de la santé et de la recherche médicale, INSERM). She has published in numerous scientific journals and is the co-inventor of several patents.

She also has a strong interest in managing science programmes. From 2002 to 2007, she was seconded from INSERM to the European Commission to serve as scientific officer and deputy scientific coordinator of scientific programmes.

In January 2007, Dr Nair-Bedouelle was seconded from INSERM to UNESCO to head its Ethics of Science and Technology programme.

Africa remained the focus of her work at the Africa Department, where she evaluated UNESCO’s scientific programmes on the continent from January 2012 onwards before taking up her new functions as Director of OzonAction at UNEP.

Abstract: Significance of the UNESCO Recommendation on Open Science for global research and for FAIR data

The Open Science movement has emerged from the scientific community and has rapidly spread across nations, calling for the opening of the gates of knowledge. Investors, entrepreneurs, policy makers and citizens are joining this call.

However, in the fragmented scientific and policy environment, a global understanding of the meaning, opportunities and challenges of Open Science is still missing.

UNESCO, as the United Nations Agency with a mandate for Science, is the legitimate global organization enabled to build a coherent vision of Open Science and a shared set of overarching principles and shared values. That is why, at the 40th session of UNESCO’s General Conference, 193 Members States tasked the Organization with the development of an international standard- setting instrument on Open Science in the form of a UNESCO Recommendation on Open Science.

The presentation will highlight significance of the UNESCO Recommendation on Open Science for global grand challenge research and for FAIR data, particularly in the context of global crises such as the COVID 19 pandemic. 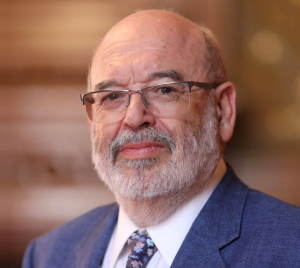 Sir Peter Gluckman trained as a paediatrician and biomedical scientist and holds a Distinguished University Professorship at the Liggins Institute of the University of Auckland. He also holds honorary chairs in University College London, University of Southampton and National University of Singapore (where he acts as chief science advisor to the Singapore Institute for Clinical Sciences). He has published over 700 scientific papers in perinatal and developmental physiology, neuroscience and endocrinology, evolutionary biology and medicine. He has authored both technical and popular science books. He chaired the WHO Commission on Ending Childhood Obesity (2014-2017).

Sir Peter is chair of the International Network of Government Science Advice (INGSA) and president-elect of the International Science Council (ISC). From 2009-2018 he was first Chief Science Advisor to the Prime Minister of New Zealand. He is also Science Envoy for the New Zealand Ministry of Foreign Affairs and Trade and coordinates the secretariat of Small Advanced Economies Initiative. He has written and spoken extensively on science-policy and science-diplomacy and science-society interactions.

He has received the highest scientific and civilian honours in New Zealand and numerous international scientific awards.  In 2016 he received the AAAS award in Science Diplomacy. He is a Fellow of the Royal Society of London and the Royal Society of New Zealand, a member of the National Academy of Medicine (USA) and a fellow of the Academy of Medical Sciences (UK).

Abstract: The role of the International Science Council (ISC) and the major human and planetary challenges.

The ISC was formed in 2018 by the merger of the International Social Science Council and ICSU. It is more than the sum of its legacy parts – it is a new organisation determined to play a greater role ensuring that the natural, social, data, technological and normative sciences play their full role in advancing science as a global good. While it will continue to sponsor programmes and scientific collaborations as did its predecessors, it will also give greater emphasis to the presence of science on the global stage; for example working with UN agencies and with funder organisations.  Its action plan has four major elements: enhancing the role of science in advancing Agenda 2030, understanding the opportunities and challenges of the rapid digital transformation, enhancing the use of science in policy making, and addressing the evolution of science and science systems. In each of these  areas of focus there are multiple programmes and activities. Clearly data and digital science are changing much in science and each one of these areas of activities must include advancing both data science and ist appropriate translation and use and open science. It would be naïve not to consider the many challenges to science being optimally used to address global challenges. The pandemic has both shown what science including data science can do to progress the global good but also has highlighted the challenges to science that have emerged. 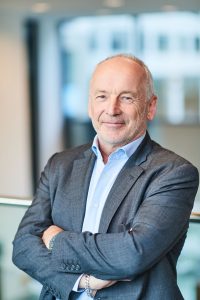 Jean-Claude Burgelman is professor of Open Science Policies and Practices at the Free University of Brussels (Faculty of Social Science and Solvay Business School). He retired on 1-3-2020 from the EC as Open Access Envoy of the European Commission DG RTD. Until 1-8-2019 he was the head of Unit Open Science at DG RTD and his team developed the EC’s polices on open science, the science cloud, open data and access.

He joined the European Commission in 1999 as a Visiting Scientist in the Joint Research Centre (the Institute of Prospective Technological Studies – IPTS), where he became Head of the Information Society Unit in 2005. In January 2008, he moved to the Bureau of European Policy Advisers (attached to the president of the EC) as adviser for innovation policy. Since 1-10-2008, he joined DG RTD, as advisor and then Head of Unit in charge of top level advisory boards like the European Research and Innovation Area Board, the Innovation for Growth Group and the European Forum for Forward Looking Activities.

Till 2000 he was full professor of communication technology policy at the Free University of Brussels, as well as director of the Centre for Studies on Media, Information and Telecommunication and was involved in science and technology assessment. He has been visiting professor at the University of Antwerp, the European College of Brughes and the University of South Africa and sits on several academic journals. He chaired the World Economic Forum’s Global Agenda Council on Innovation and was a member of its Science Advisory Committee.

Keynote address: Open Science and the Internet of FAIR Data and Services: the new normal 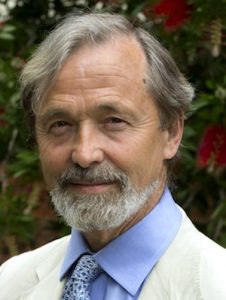 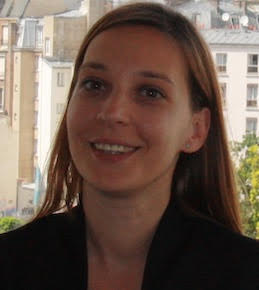 Ana Persic is acting Chief of Science Policy and Partnerships Section at the Division of Science Policy and Capacity Building at the UNESCO headquarters in Paris. Ecologist by training (Master in Ecological Sciences at the University of Padova, Italy and PhD in Ecotoxicology at the University of Paris South, France), Dr Ana Peršić joined UNESCO in April 2006 as a program specialist serving the UNESCO’s Man and the Biosphere program within the division of Ecological and Earth Sciences. She has then served as Science Specialist at the UNESCO Liaison Office in New York. Her work relates to strengthening the science-policy interface and the promotion of science technology and innovation in the implementation of the United Nations 2030 agenda for sustainable development and the sustainable development goals (SDGs). She is currently coordinating the development of the UNESCO Recommendation on Open Science.