Lisa Federer: FAIR Data at the National Library of Medicine and National Institutes of Health

The National Institutes of Health recently issued a Strategic Plan for Data Science, which outlines five broad goals to enhance the biomedical community’s ability to conduct data-intensive science. Underlying these goals is the need to ensure that data and other research outputs are FAIR – Findable, Accessible, Interoperable, and Reusable. As the world’s largest biomedical library and one of the institutes of the NIH, the National Library of Medicine plays a key role in realizing the goals of the Strategic Plan for Data Science. This talk will describe some of the activities at NIH and NLM to increase the FAIRness of biomedical data and other research objects.

In addition, this talk explores the impacts of FAIR data by exploring how researchers actually reuse shared datasets. Using over 10,000 requests to use data from three NIH repositories, this study considered who requested datasets and how they intended to reuse them. In addition, the descriptions of the datasets themselves were analyzed to determine characteristics of highly used datasets that could be helpful in determining which datasets will be of high value early in the data life cycle. The findings of this study have implications for FAIR data management – better understanding how data are reused in practice will help ensure that they are managed, curated, and made accessible in ways that will maximize their usefulness to the research community. 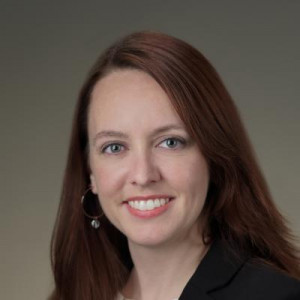 Lisa Federer is the Data Science and Open Science Librarian at the National Library of Medicine, focusing on developing efforts to support workforce development and enhance capacity in the biomedical research community for data science and open science. She serves on the editorial board of the Journal of the Medical Library Association and was the editor of the Medical Library Association Guide to Data Management for Librarians. She holds an MLIS from the University of California-Los Angeles, as well as graduate certificates in data science and data visualization, and is a PhD candidate in information science at the University of Maryland, focusing on biomedical researchers’ data reuse practices and characteristics of datasets that predict high use.

Robert Hanisch: Let’s Make it Easy to be FAIR

Those of us with roles in data management all firmly believe in the FAIR principles.  The data arising from publicly funded research should be considered a public good, and the value of that public good can only be realized by the data being FAIR.  In some fields of research, where data has been FAIR long before the acronym was invented, there is clear evidence for data re-use and increased research productivity.  In many fields, however, the situation is less clear and it is therefore challenging to convince researchers that making their data FAIR is worth the effort.  In many cases, as well, the tools and infrastructure needed to automate and sustain FAIRness are lacking, and it is only through making it easy—in fact, the default—to be FAIR that we will be able to confirm our belief that FAIR will both increase productivity and lead to more robust and innovative research.

Dr. Robert J. Hanisch is the Director of the Office of Data and Informatics, Material Measurement Laboratory, at the National Institute of Standards and Technology in Gaithersburg, Maryland. He is responsible for improving data management and analysis practices and helping to assure compliance with national directives on open data access. Prior to coming to NIST in 2014, Dr. Hanisch was a Senior Scientist at the Space Telescope Science Institute, Baltimore, Maryland, and was the Director of the US Virtual Astronomical Observatory. For more than twenty-five years Dr. Hanisch led efforts in the astronomy community to improve the accessibility and interoperability of data archives and catalogs. 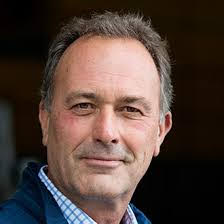 Barend Mons is a molecular biologist by training (PhD Leiden University 1986). He spent over 15 years in malaria research in close collaboration with endemic countries. After that he gained experience in computer-assisted knowledge discovery, which is still his research focus. He spent time with the European Commission as a Seconded National Expert with the INCO-DC pogramme (1993-1996) and with the Netherlands Organisation for Scientific Research (NWO 1966-1999). Barend also co-founded several spin off companies. In 2000 he founded the Biosemantics group in Rotterdam and later also in Leiden. Currently, Barend is Professor in Biosemantics at the Human Genetics department of Leiden University Medical Center. He was also the first Head of Node for ELIXIR-NL at the Dutch Techcentre for Life Sciences (until 2015), is Integrator Life Sciences at the Netherlands eScience Center, and board member of the Leiden Centre of Data Science. In 2014, Barend initiated the FAIR data initiative and in 2015, he was appointed Chair of the European Commission’s High Level Expert Group for the “European Open Science Cloud”, from which he retired by the end of 2016. Barend is and ambassador of GO FAIR and co-founder of the GO FAIR initiative, an initiative to kick start developments towards the Internet of FAIR data and services, which will also contribute to the implementation of components of the European Open Science Cloud.
Recently, Barend has been elected President of the Executive Committee of CODATA where he will work closely with the Executive director and the rest of the team to develop CODATA in the scope of the International Council of Science.