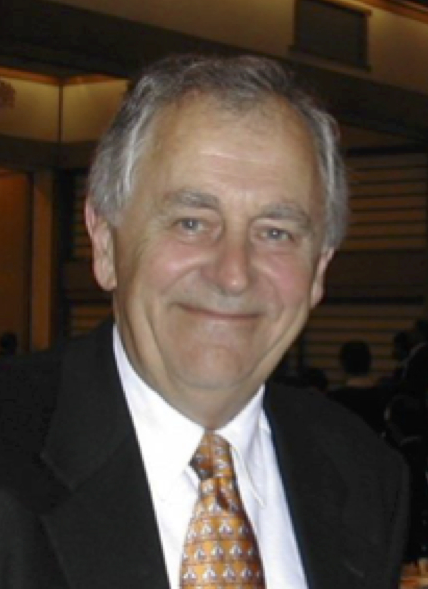 Professor Sydney R. Hall, now Emeritus Professor at the University of Western Australia in Perth, Australia, through life-long leadership has resoundingly produced outstanding achievements in the world of scientific and technical data. His efforts have reached beyond crystallographic data and into many other science disciplines. He devised a universal self-defining text archive and retrieval (STAR) file format that evolved into the Crystallographic Information Framework (CIF), a momentous contribution in the area of data characterisation, and well known to structural chemists and biologists in particular as both a data and publications standard.  It enables data validation for articles published by IUCr journals, an approach pioneered by Professor Hall in his role during the 1990s as Editor of Acta Crystallographica Section C: Crystal Structure Communications. The CIF standard has been adopted by journals publishing crystal structure results. It also forms the essential core for data in prominent databases such as the Cambridge Structural Database (> half a million entries, growing by more than 40,000 each year) and the Protein Data Bank (>100,000 entries, growing by ~ 10,000 per year). These databases are widely used by researchers from many science disciplines. In addition, the STAR File approach is being applied to such diverse applications as botanical taxonomy, quantum chemistry, chemical informatics and biographical databases.

Sydney Hall will receive the Prize at SciDataCon 2014, the International Conference on Data Sharing and Integration for Global Sustainability, in New Delhi, 2-5 November 2014.  This is the continuation of the CODATA Conference series, now co-organised with CODATA’s sister organisation, the ICSU World Data System.

The CODATA Prize a major biennial award which acknowledges outstanding achievement in the world of scientific and technical data.  The work of Professor Sydney Hall certainly meets these criteria and the CODATA Prize Committee is very pleased to recognise his outstanding contribution.  It is particularly fitting that a crystallographer should be so recognised during the International Year of Crystallography.  Professor Hall will attend SciDataCon 2014 where the prize will be awarded.