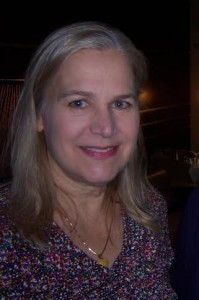 Mary Zborowski has served on CODATA’s Executive Committee since 2012 (CODATA GA, Taipei) but has been involved with CODATA Canada since 1998. Since 2004, she has been Executive Secretary for the Canadian National Committee for CODATA (CNC/CODATA). Under her management, the CNC has thrived and attracted new key participants from Canada’s principal granting agencies, government departments, collaborative working groups, data-related initiatives, and large scientific research projects such as NEPTUNE Canada and International Polar Year – which projects involve widespread collaboration and result in large data collections. Mary has also been involved with the International Council for Scientific and Technical Information (ICSTI) and was Executive Secretary to the Canadian Research Data Strategy Working Group, a multi-disciplinary group of universities, institutes, libraries, granting agencies, and individual researchers with a shared recognition of the pressing need to deal with Canadian data management issues. (This working group’s most recent success was the Canadian Research Data Summit, which attracted over 150 leading players and decision-makers from government, private sector, academia and non-governmental organizations.)

Mary’s personal enthusiasm and commitment have combined with her organizational abilities to effectively promote many of CNC/CODATA’s initiatives, such as the Sangster Award for young scientists, communicated among all graduate universities in Canada and in similar networks, and awarded biennially in coordination with CODATA’s International Conference. She is editor of the bilingual serial, Report on Data Activities in Canada, presented to CODATA at its General Assemblies as evidence of Canada’s contribution to shared priorities. She is also on the Editorial Board of CODATA’s Data Science Journal, in which journal she also has published articles. She has contributed to CODATA’s Newsletters, and also to publications of own organization, the National Research Council of Canada (NRC) and to its networks. NRC ranks CNC/CODATA as one of the highest ranked among its sponsored CNCs, thereby ensuring ongoing support of the Canadian National Committee as well as its involvement with CODATA International.

Mary has been a technical advisor to CODATA on web and publishing matters since 1998 and it is through her personal and active involvement that CODATA’s web site was moved to a new and economical infrastructure in 2013, then redesigned and re-launched. She is the current Liaison officer to the CODATA Fundamental Constants Task Group and has participated in the successful running of SciDataCon2014 in New Delhi.