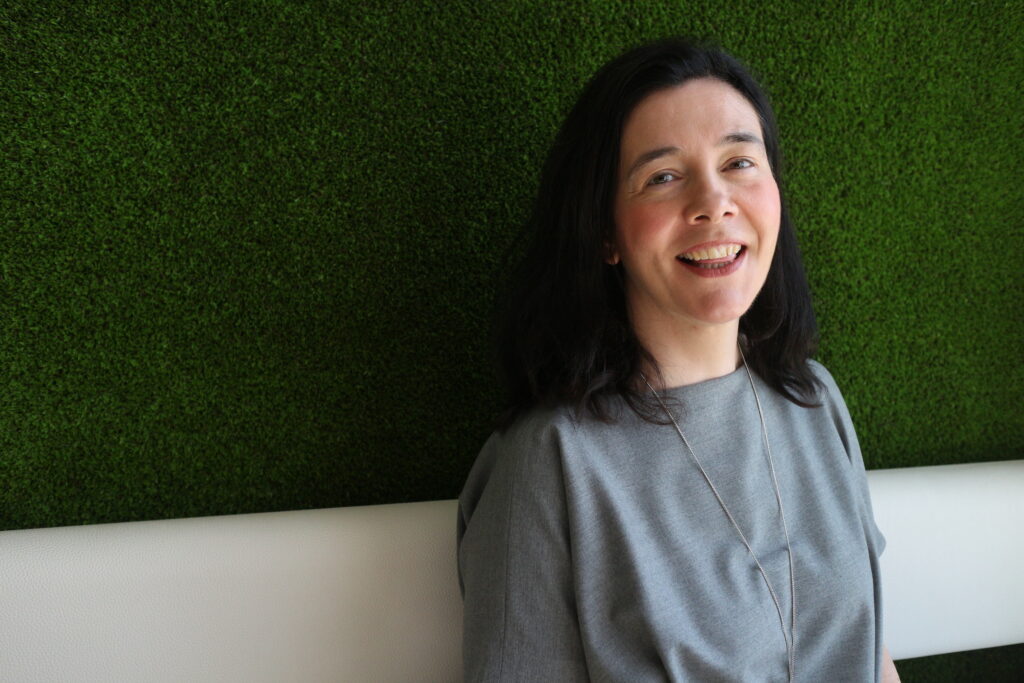 “I’m a librarian and I do feel part of a data community – the library sector is such a strong community, there’s a real sense of identity and belonging. When I travel to CODATA and RDA events I feel like I’m meeting colleagues and friends from across the world, building little data bridges around the globe.” 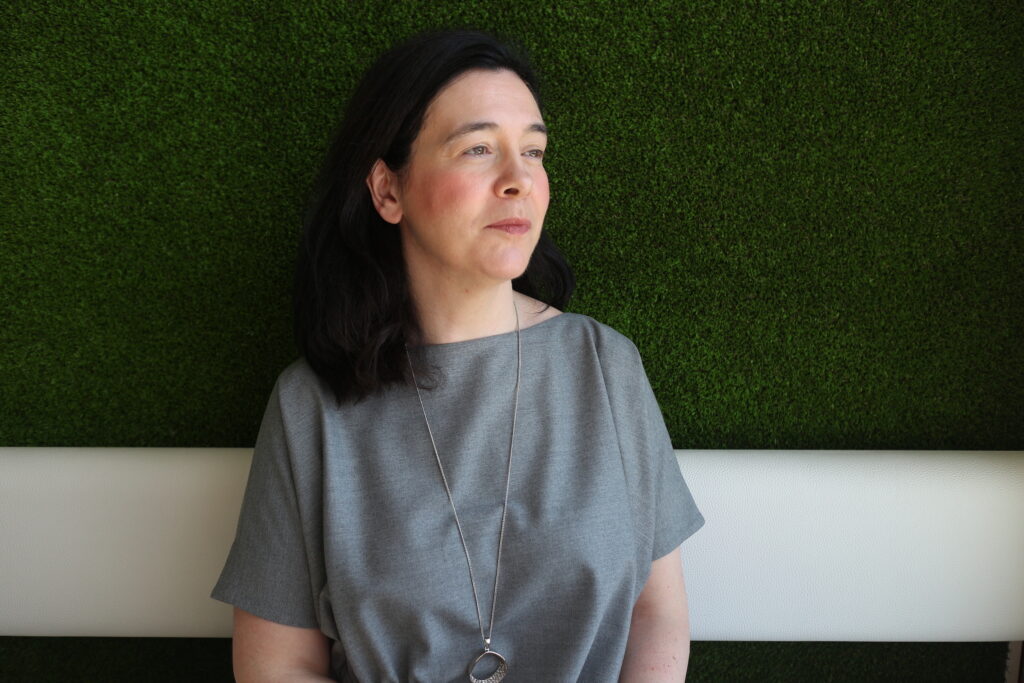 “It really matters to me that my work contributes to the public good, that people can benefit from what I do.  So working to support the sharing of data for re-use, for greater promotion and visibility, so that everyone can benefit from it, is important to me.  A lot of my data is cultural data – I find this type of data so inspiring.  Sharing a nation’s heritage and culture makes such a unique contribution to all the data available across the world.  And how can we encourage research and creativity that builds on that data?” 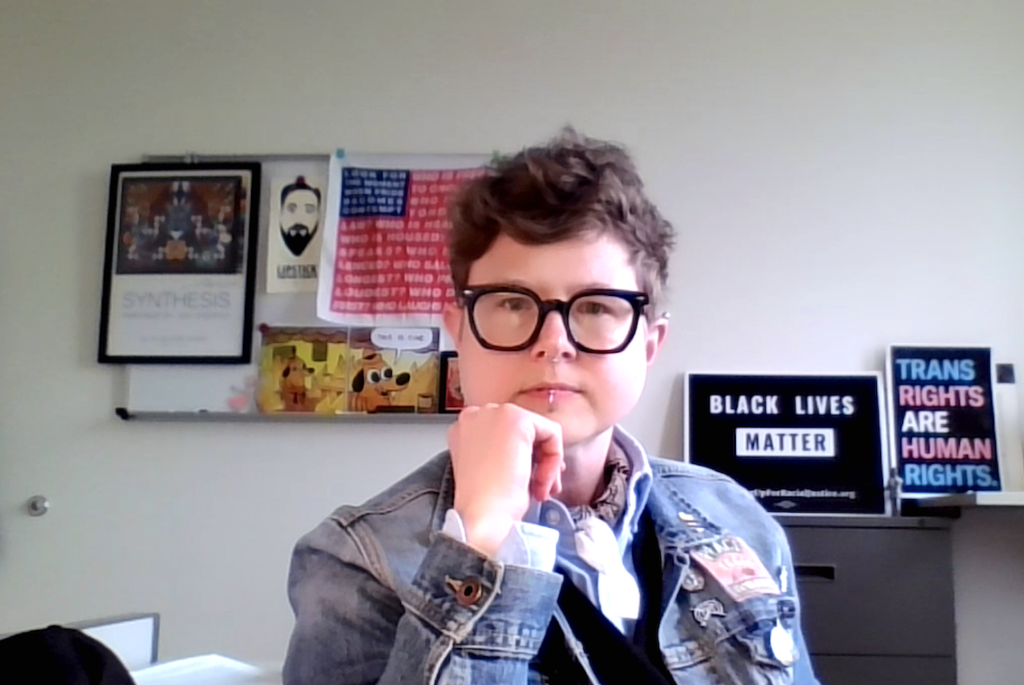 “There’s an argument out there that scientific data is not biased. But it’s people that decided to collect that data, and it’s people that are deciding what to collect within that and how they’re coding it and what they decide to omit.  And data collected about people, we have a tendency to think that that data is going to help them but so many times, it’s not shared back with the community.  So many times, it’s just for a publication or a project.  I think it would be great if there were more positionality statements with our data to kind of give a little bit extra insight.

That’s kind of what I feel like I bring – that I bring up things and question things, and say why are we doing this?  Or have we thought about this?  But I’ve also been told that the way that I think about things and talk about things brings more vulnerability, and allows others to be vulnerable.  I’m constantly learning.  I’ve learned from this data community, everything that I know.  I’m in it.  I almost like, don’t want people to know that I might not know everything, but it’s so silly, because nobody knows everything.  And so if I’m struggling, then I think somebody else might be struggling.  That’s why it’s great to have the community because I can go to someone else to talk about this, or to get information.  I don’t have to know everything.” 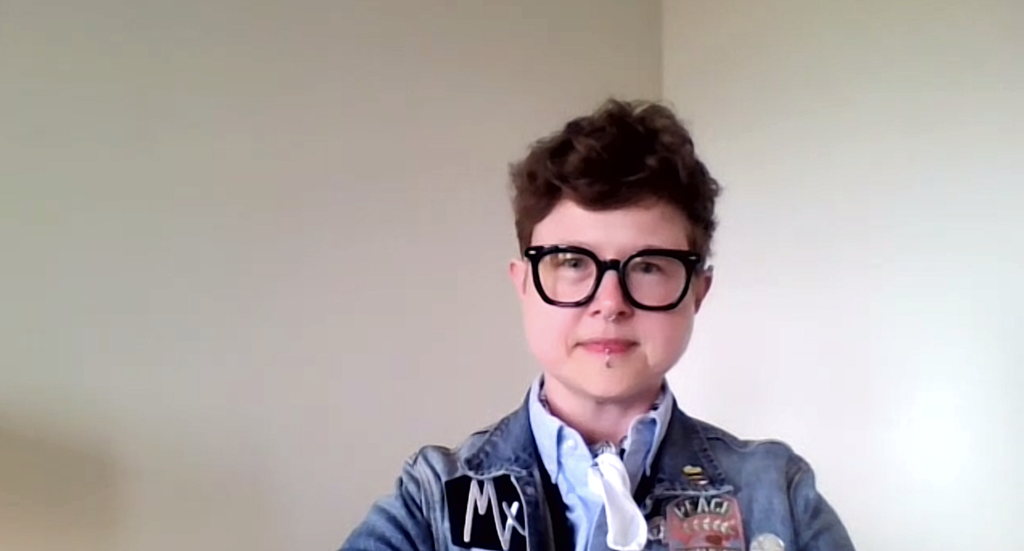 “So I ask researchers, ‘Can you help me generate this documentation, so others can use it?  And so others can cite your data, and help you with that impact that you’re trying to show and share and tell stories about?’

It makes my heart happy when I work with a researcher who accepts some of my suggestions. And then they come and they share data again, and they’ve integrated that into their workflow.  Those suggestions are now in their workflow.  So now we can focus on other things.  And how exciting is that, that I get to keep learning about these things?  It’s never boring.  It’s never ever boring.” 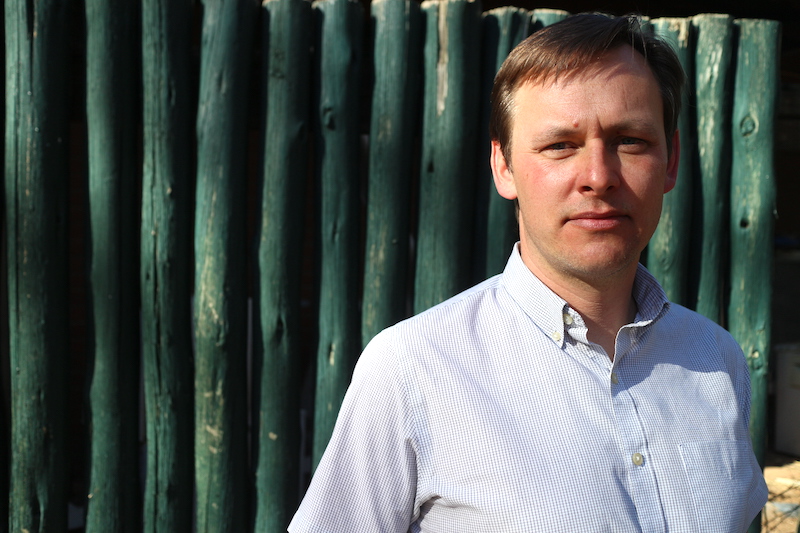 “When I think about how we can better support the sharing and preservation of research data, I think of the challenge we have in moving beyond our individual project-based approaches. Of course, it can be important for discovery to build specialized approaches, but we need to think about changing the entire practice and culture of research. It’s a system-level problem.

And open research data isn’t the same as Open Access publishing. The social justice aspects of open data are not the same as they are for public access to research articles. The Open Data movement can’t move forward on that argument alone. We have to start thinking about how to articulate our own vision for why openness matters. Reuse and auditability are key to our argument. So we need to make sure reuse of datasets is possible, and communicate why that’s important.” 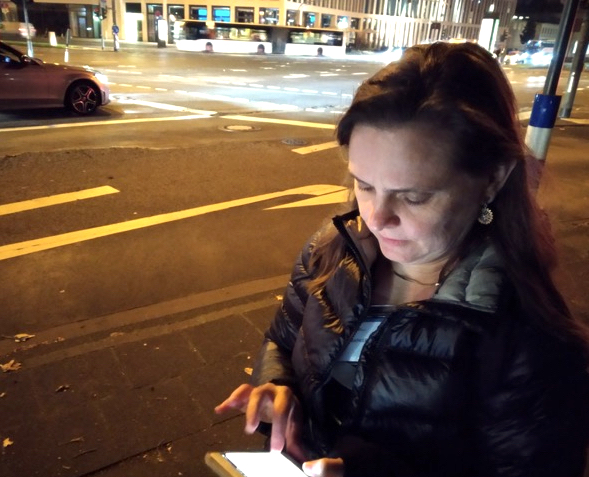 “I get passionate when we can engender system change, and that’s often through policy change. Sometimes that’s top down, but it can also often be bottom-up – it feels good when we can make change by having a community come together.

It’s great to see the data community continuing to broaden, particularly to embrace the importance of software in enhancing data analysis.” 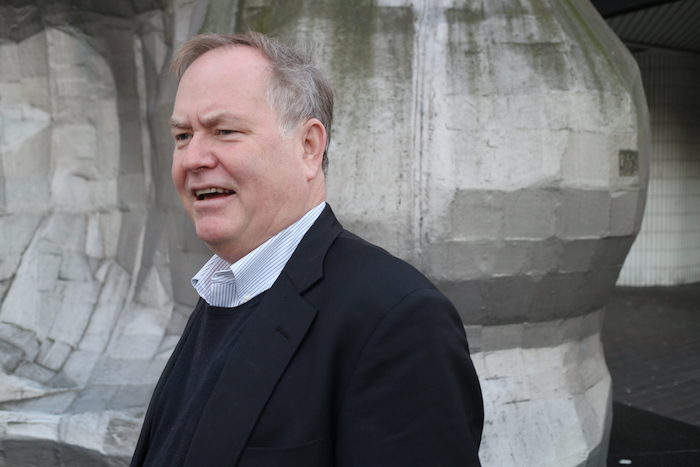 “The things that made me interested in data twenty-five years ago are the same things that make me interested in it now.  It’s the way structures and narratives are going to define our culture and who we are.  I was interested initially in the historical perspective: how is data going to change the subtlety about how we understand past cultures?  And how future generations are going to access data, manipulate it and study it.  Very few people were interested in that, and that was exciting.  Now I’m a bit scared of it.  It’s increasingly clear that we can use data in a contemporary context for social evils.

Data – and the systems that store it – can be ugly, but they can also be beautiful.  Some day, people are going to be interested in the beauty of system architectures and the beauty of database design – or the ugliness.  It’s like studying a Gothic cathedral or a contemporary city: the architecture defines how we feel and the narrative that plays out in our lives.

I see emerging possibilities in machine learning, in the blockchain and in other areas.  I share an understanding of the risks of data.  And I believe that what kind of research you actually do – and how you enable others to be creative to do things – these are equally important.  More focus needs to go on developing the community and helping our colleagues to progress and excel.  The ways forward in digital curation and data presentation are very much going to come from human collaboration and not from one lone person who’s thought of a technical solution that no-one has thought of before.  This is not the field of lone scholars – this is the field of general community effort.” 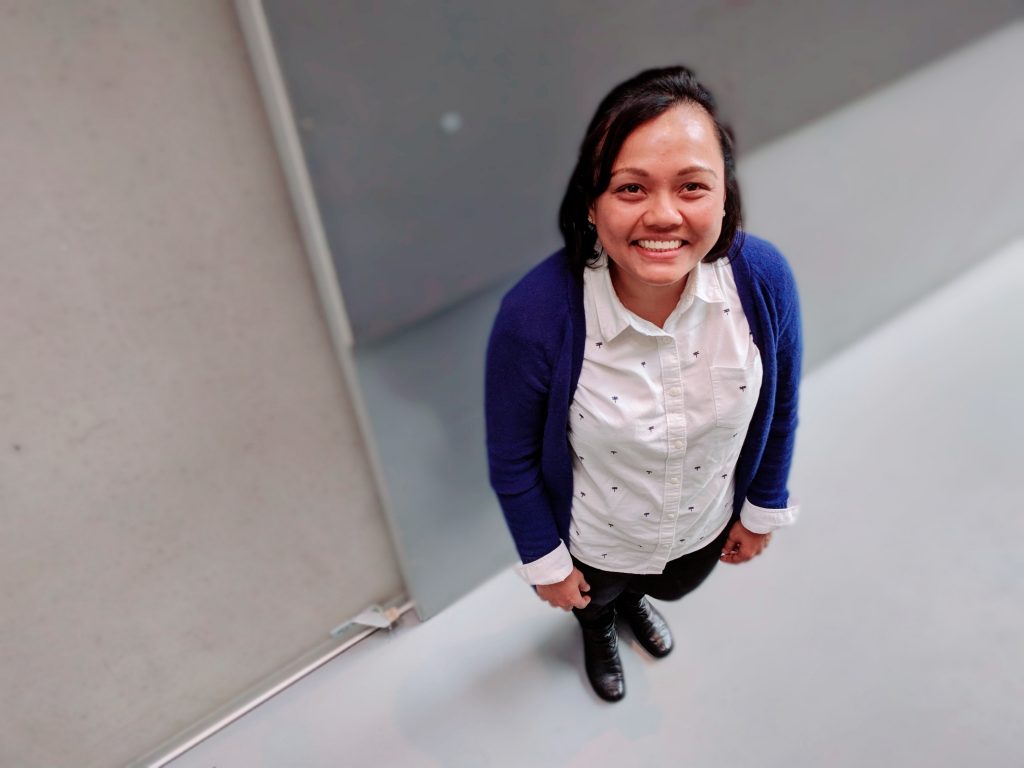 “I’m a data scientist. One needs to be aware that data is important to do science. But it comes with lots of issues, to make good quality results. It’s not just about collecting data and using it. Any data-driven solutions you try to develop, you need to understand the users and their different roles. A lot of work on the data is not just about the technology. It’s also about the social aspects. It’s not just about setting up a system and saying, ‘The scientists will use it.’ 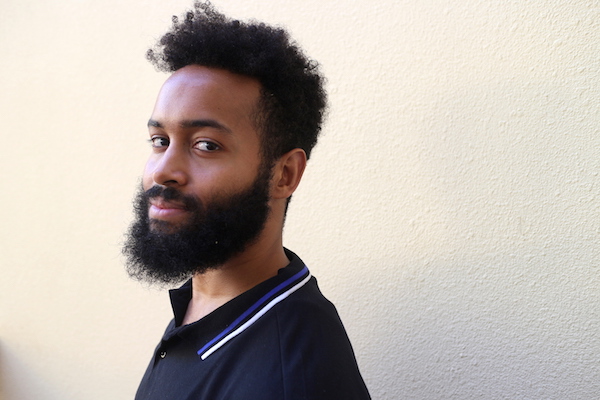 “I‘m an ethnographer.  Well, I’m not only an ethnographer, but the heftiest part of my dissertation work was ethnography.  And as one who also has rigorous training in engineering and other natural science fields – I was surprised at how much of my research design required transformational change.

While I did the research – as I collected data – I changed what my hypotheses were, what I’d use the data for and what outcomes I’d obtain from analysing the data.  It was simultaneously confusing and exciting, but eventually I was much prouder of the outcomes than I would have been had I stuck to the plan.

It was a lesson in valuing methodological adaptation and change.  As researchers, we don’t know everything, and more people in science should have, and value, that experience.” 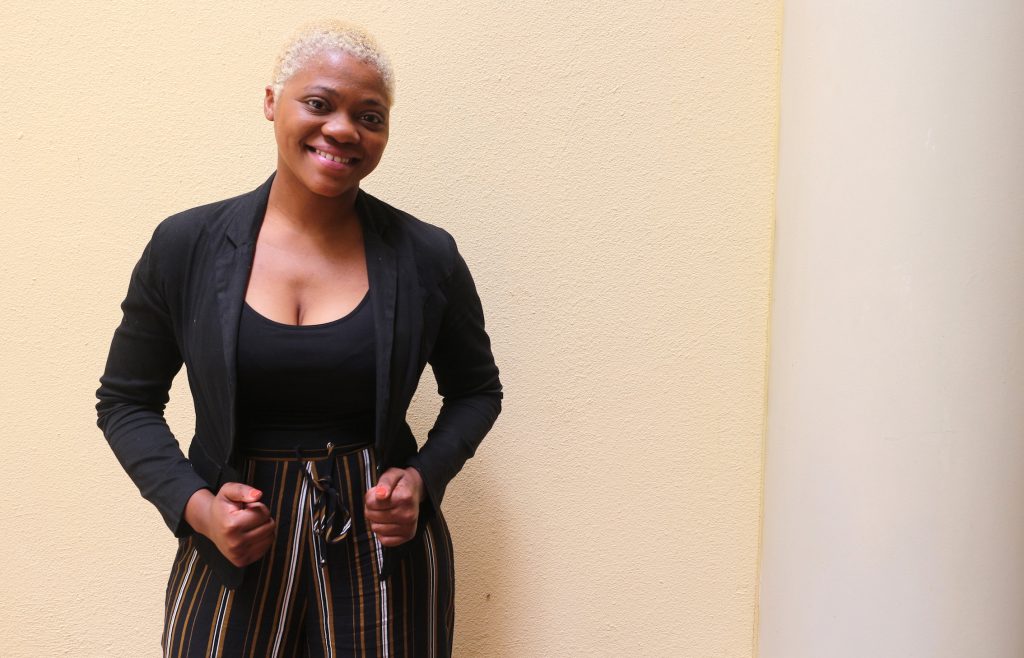 “I’m trying to create awareness for researchers on opening up their own data.  Before working [on open data] I didn’t know anything about it.  If people open up their data there is so much more that can be done.  You can share ideas, review someone else’s data and find something that they didn’t find before.  I feel that’s very important.

We have the data but [currently] we’re not the owners of the data.  Africa needs to step up.  We need to be partners in research.  We need to open up our data and also to own our data.”