This is the fifth in the series of short statements from candidates in the coming CODATA Elections at the General Assembly to be held on 15-16 November, 2021. Giri Prakash is a candidate for the CODATA Executive Committee as an Ordinary Member. He was nominated by the USA. 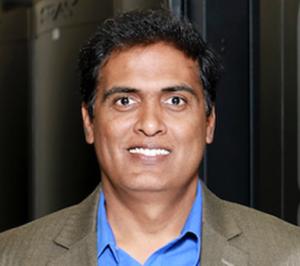 Giri Prakash serves as the Section Head for Earth System Informatics and Data Discovery Section at the Oak Ridge National Laboratory. I am responsible for overseeing a data group that manages two WDS member data centers: Atmospheric Radiation Measurement Facility (ARM) Data Center and ORNL NASA Distributed Active Archive Center (DAAC) for Biogeochemical Dynamics. As the director of Atmospheric Radiation Measurement Facility (ARM) Data Center, I am responsible for the leadership and management of that center. My primary focus is on operational activities and engineering necessary to sustain and advance excellence in the data management field. Specifically, the ARM Data Center Archive currently holds over 3 petabytes of data for 11,000 diverse observational data products. I lead the development and execution of multi-year plans that adapt the next-generation computing architecture to the increasing demands of data volume, rates, complexity, and the challenges of high-resolution modeling.

My latest research interest includes enabling open science by adapting AI/ML capabilities in scientific data center operations. I have been an active participant in CODATA conferences and led many data management sessions.  Most recently, I led a session on making data centers ready for AI during the SciDataCon 2021. In addition, I actively participate in various international data sharing and interoperability working groups, data management workshops, and conferences. Enabling data interoperability using ontologies, standards, and protocols helps research activities to solve complex questions such as Earth System predictability and climate change. By establishing this activity, I expect to contribute to CODATA to extend its visibility to data-intensive cross-domain research activities related to earth sciences.

I have extensive experience in working with multi-national projects such as MOSAIC, polar data integration, and bio-diversity networks across continents. I am currently serving a four-year term on the U.S. National Committee for CODATA(USNC/CODATA).

This is the sixth in the series of short statements from candidates in the coming CODATA Elections at the General Assembly to be held on 15-16 November, 2021.  Richard Hartshorn is a candidate for the CODATA Executive Committee as an Ordinary Member. He was nominated by the International Union of Pure and Applied Chemistry. 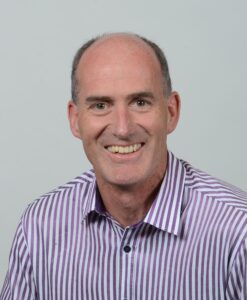 Professor Richard Hartshorn, Secretary General of the International Union of Pure and Applied Chemistry (IUPAC) will continue to be an excellent member of the CODATA Executive Committee, should he be re-elected. In his role as Secretary General, and through others within IUPAC, he has demonstrated strategic leadership and gained significant experience in governance of an international science-based organization. This experience has been brought to bear as a member of the CODATA Executive Committee, particularly through providing a scientific union perspective to committee deliberations.

As you know, IUPAC has created and maintained a common language for chemistry, for over one hundred years, via the development of standards in nomenclature, terminology, weights, symbols, etc. Such activities involve reaching international consensus among experts from around the world. This requires skills of diplomatic negotiations in situations where a very small staff need to work with a global membership, coping with the limitations of small organizations and yet still maintaining the global impact that satisfies the wider membership. In this context, Professor Hartshorn has been involved in nomenclature activities for many years and led the IUPAC Division of Chemical Nomenclature and Structure Representation (2010-13). He is also significantly involved in the International Chemical Identifier (InChI) Trust, both at a governance level as a member of the InChI Trust Board, and in InChI-based projects [the InChI is and will be a key tool in making chemical data Findable, Accessible, Interoperable, and Reusable (FAIR)].

IUPAC is committed to continued innovation in nomenclature, terminology, other intellectual infrastructure, and particularly to developing tools for the use, global exchange, and archiving of digital chemical data. Professor Hartshorn has taken a strategic role in this area, including initiation and support of work that will lead to development of standards for data repositories, building on the platform of the JCAMP spectral data standard and the InChI. Both JCAMP-DX and InChI are globally-accepted standards currently used in major scientific databases and publications.  We believe that a continuing close working relationship with CODATA will be mutually beneficial as the Missions of both organizations are in alignment – working to support the free exchange of scientific information and facilitating global collaboration for the advancement of scientific discovery.

IUPAC’s interest in digital data standards accelerated in 2013 when Jeremy Frey, the current IUPAC representative to CODATA, put forth a proposal for the creation of a “Digital IUPAC,” recommending that IUPAC develop standards in collaboration with other scientific organizations and governments for the creation of a consistent global framework for Human and Machine-readable (and “understandable”) chemical information.  This proposal resulted in the creation of the IUPAC Committee on Publications and Cheminformatics Data Standards (CPCDS) whose members have since been involved in collaborative efforts with the Research Data Alliance, the InChI Trust, the Royal Society of Chemistry, Allotrope Foundation, and others, including CODATA. IUPAC members are making a significant contribution to the Digital Representation of Units of Measure (DRUM) Task Group, and Professor Hartshorn, as the Executive Committee Liaison to the DRUM Task Group has been heavily involved in its work, and has essentially become a member.