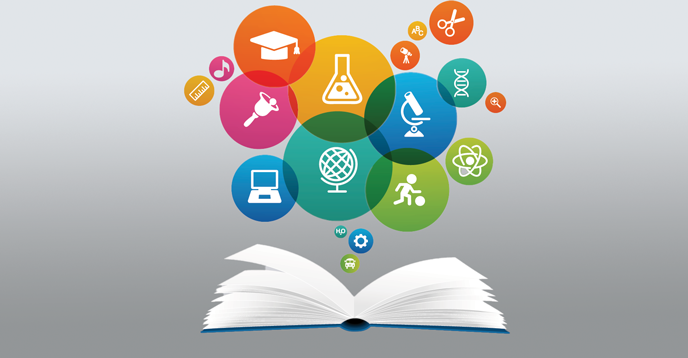 2021 is likely to be a very significant year for the transformation of science and the adoption of Open Science and FAIR practices.  UNESCO, the educational, scientific and cultural organization of the United Nations, is preparing a Recommendation on Open Science to be adopted (it is hoped) by the UNESCO General Assembly in November 2021.  Against the background of the COVID-19 pandemic—which has accentuated the need for international research cooperation, scientific transparency and data sharing for robust evidence and informed decisionmaking—UNESCO has conducted a global consultation and drafting process for the Recommendation on Open Science.

In June 2020, CODATA coordinated and published ‘Open Science for a Global Transformation’, a response to the UNESCO consultation from a number of partner international data organisations. The first draft of the UNESCO Recommendation on Open Science was released for feedback from member states and the scientific community in early October 2020.

To encourage further discussion around the issues addressed in ‘Open Science for a Global Transformation’ and the draft Recommendation on Open Science, we invite the global research data community to share their views, critiques and positions in an open discussion prompted by the draft recommendation and the CODATA-coordinated document.  Our intention is to create a forum for debate and ultimately a body of reasoned argumentation which can be referenced throughout the UNESCO process.  In the Data Science Journal, this will also form a significant body of scholarly material exploring and defining issues around Open Science.

Three venues are envisaged for this discussion:

We invite scholarly essays, review articles, practice papers and research articles that discuss issues around Open Science and relate their argumentation to topics addressed in ‘Open Science for a Global Transformation’ and in the draft UNESCO Recommendation on Open Science.  Please consult the scope of the Data Science Journal and the descriptions of the categories of article.  All submissions should be scholarly and will be peer reviewed.  While ensuring quality and rigour, the editorial team will do its best to expedite publication.  The collection will serve as a scholarly contribution to the global debate on the content of the UNESCO Recommendation and on the contours and characteristics of Open Science in general.  We will aim to ensure that any articles submitted by 15 December, will be published in time to be referenced during the timescales of the UNESCO review process (see below).  Accepted articles submitted after that date will be included in the collection on Open Science and will still be relevant to the ongoing discussion and debate around the Recommendation.  Submit contributions to the Special Collection at https://datascience.codata.org/about/submissions/

If you would like to contribute to this discussion through something more like a blog post, and opinion piece, or if you would like to test your ideas before submitting an more scholarly contribution to the Data Science Journal, then you can do this through a curated collection on the CODATA blog.  To do so, please send your piece to asha@codata.org.  The proposed blog posted will be checked by the CODATA secretariat and a member of the author group and then published.

We welcome any and all contributions to these forums!

The UNESCO Consultation and Recommendation on Open Science

The practices of Open Science and calls for transformations of the way science is practiced, communicated and assessed have accelerated in the past two decades.  Leading transnational organisations including the International Council for Science, OECD and European Commission, have recognised Open Science as the key mode for research in the 21st century.  Recognising the significance of the movement, but also aware that in a ‘fragmented scientific and policy environment, a global understanding of the meaning, opportunities and challenges of Open Science is still missing’, UNESCO launched a global consultation in March 2020.  This has as its objective ‘to build a coherent vision of Open Science and a shared set of overarching principles and shared values’ through the development of ‘an international standard-setting instrument on Open Science in the form of a UNESCO Recommendation on Open Science’ to be agreed at the UNESCO General Assembly in November 2021.

This is a precious opportunity for the worldwide research community to express priorities, report relevant experiences, and share visions for the future, thus helping to shape a new global order for research and its governance. A UNESCO Recommendation is a timely, important and urgent way to promote Open Science and provide concrete suggestions to national governments and research organisations, including scholarly societies, universities, and research groups.

Consultation on the Draft UNESCO Recommendation 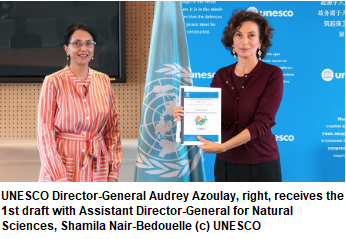 The first draft of the UNESCO Recommendation was produced, on the basis of the consultation and supported by the UNESCO Open Science team, by an international Open Science Advisory Committee, and was published for consultation in early October 2020.  Feedback on the draft Recommendation is invited from UNESCO Member States and from the global research community until the end of January 2021.  After that point, the Advisory Committee will resume its work to produce a second draft.  The revised draft, approved by the UNESCO Director General will be sent to Member States in April 2021.  This will be followed by a process of negotiation culminating, it is hoped, in the adoption of the text at the General Conference in November 2021.

The draft Recommendation offers a definition of Open Science and it presents a set of core values and principles.  Importantly, it lays out seven key areas of action, directed at Member States and other named stakeholders:

Like any such document, the draft Recommendation tries to synthesise and reconcile a range of views and positions (not necessarily opposed or divergent, but with different emphases, concerns and priorities).  Therefore, discussion and critique of the ‘Open Science for a Global Transformation’ document and the draft Recommendation are to be expected and encouraged.  It is precisely through such scrutiny that we can ensure that this global statement on Open Science is as robust as possible.

We invite the global research data community, such as the readership of the Data Science Journal and those engaged with the Data Together organisations and other data and information organisations, to seize this opportunity and to use these venues described above to share scholarly discussion, opinion pieces, critiques and proposals in relation to the UNESCO process and Recommendation.  This will both provide a resource which can be fed into the direct process of consultation and feedback, and offer a longer-lasting collection of public and reasoned views and debate on the age-defining issue of Open Science.

We are particularly interested in articles documenting regional dimensions, exploring neglected issues, critiques and arguments to improve the Recommendation, and discussions of issues to address in order to ensure positive and equitable outcomes from Open Science implementation. There will also be opportunities for further discussion at the International (Virtual) FAIR Convergence Symposium in December 2020 and other events such as the Virtual RDA Plenary meeting in November 2020. 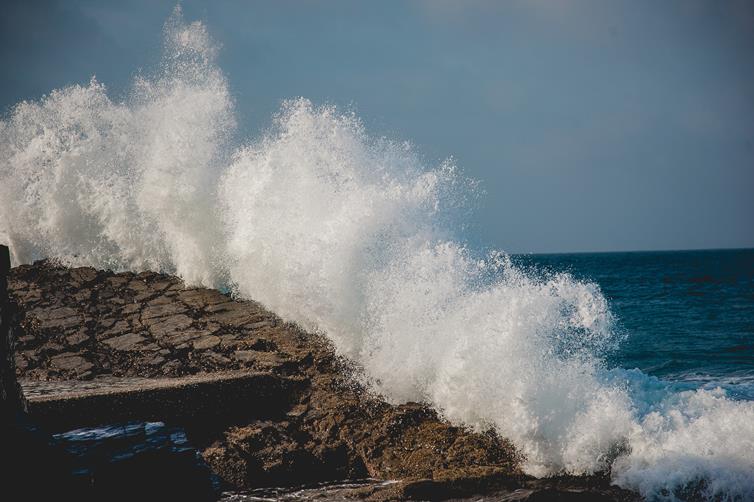 Hurricane Sally’s Fierce Rain Shows How Climate Change Raises Storm Risks
Staggering rain totals, fuelled by a warming atmosphere that can hold more moisture, are being recorded from the storm.

WMO: Arctic sea ice minimum is 2nd lowest on record
Arctic sea ice – a key climate change indicator – has reached its annual minimum extent after the summer melt season. It was the second-lowest extent only after the record low observed in 2012.

UNDRR chief’s 5-point plan for resilient infrastructure
The UN Secretary-General’s Special Representative for Disaster Risk Reduction, Mami Mizutori, delivered remarks in which she proposed “5 points to consider for investing in new or replacing existing infrastructure, as a core element of recovery from COVID-19, and beyond” 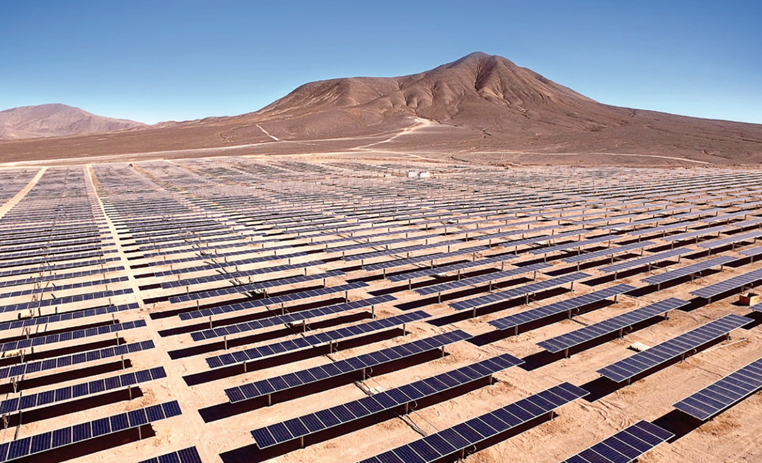 UNFCCC: Innovative approaches to accelerating and scaling up climate technology implementation for mitigation and adaptation
The Paris Agreement calls for international collaboration on technology development and transfer to support the purpose and goals of the Paris Agreement. This publication explores innovative approaches to stimulating the uptake of existing climate technologies for mitigation and adaptation

WHO Guidance on Research Methods for Health and Disaster Risk Management
The WHO Guidance on Research Methods for Health EDRM is the culmination of many face-to-face and virtual consultations among experts from WHO, Member States and partner organisations, who have contributed to the development and review of this document. The Guidance is derived from the existing scientific evidence in Health EDRM, and is delineated in 43 chapters that cover a wide range of research fields.

NZ Climate Measurement Standards Initiative (CMSI): Seamless Integration for Foreseeable Future
As the effects of climate change and extreme weather become more apparent, the need for improved prediction and forecasting of these events is increasing. This allows for enhanced risk reduction measures to be implemented, as well as providing readiness for emergency responses. This need is of relevance to all sectors, particularly insurance, finance and banking – as the New Zealand government moves toward implementing mandatory climate-related financial disclosure reporting

UNEP FI and IIF’s TCFD Report Playbook
UNEP FI and the Institute of International Finance (IIF) have developed a TCFD Playbook to serve as a resource for firms at different stages of their TCFD journey, with support from EY. The TCFD Playbook provides guidance and insight for each of the 11 recommended TCFD disclosures in order to help firms enhance their TCFD reports and climate risk disclosures

UNDP: Global compendium of good practices on post-disaster recovery
This systemisation prepared by the United Nations Development Programme (UNDP) compiles Good Practices on Post Disaster Recovery, to disseminate and highlight the work and recovery processes that are being carried out in different countries of the following regions: Africa, Asia, East Europe (ECIS) and Latin America and the Caribbean (LAC).

UNICEF: The climate crisis climate change impacts, trends and vulnerabilities of children in Sub Saharan Africa
This report reviews the climate change risks, trends and impacts and the related vulnerabilities on children in sub-Saharan Africa. It also highlights UNICEF’s mandate as the advocate for children and women affected by the climate crisis, and demonstrates existing climate adaptation, mitigation, and communications and advocacy initiatives

Virtual UN World Data Forum – 19–21 October
The Programme of the UN World Data Forum is organised around six main thematic areas covering a wide range of topics, and developed through an open call for session proposals. The live stream programme structure and session titles for the Virtual Forum can be found in the link above.

Science for a Sustainable Future: A Global Virtual Conference – Oct 8
Springer Nature and the Sustainable Development Solutions Network (SDSN) with its Thematic Research Network on Data and Statistics (TReNDS) will host a three-hour virtual conference on science for a sustainable future. This global virtual conference will bring together policymakers, government representatives, UN officials, as well as leading scientists and researchers from around the world to discuss the role of science in achieving the SDGs.

WMO Data Conference (Virtual Conference) – 16 Nov-19 Nov
The WMO Data Conference aims to develop a common understanding among entities from all sectors of society of the roles, requirements and arrangements for the international exchange of observations and other data for monitoring and prediction of the Earth System environment, including weather, climate and water.