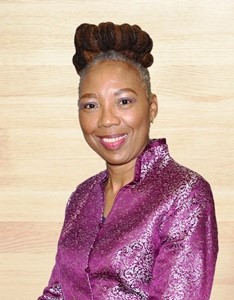 This is the ninth in the series of short statements from candidates in the forthcoming CODATA Elections at the General Assembly to be held on 9-10 November in Gaborone, Botswana, following International Data Week. Daisy Selematsela is a candidate for the CODATA Executive Committee as an ordinary member.  She was nominated by PASTD TG.

Daisy Selematsela holds a PhD and is Professor of Practice of Information and Knowledge Management of the University of Johannesburg. She has a combined 27 years’ experience in the Higher Education sector and within the National System of Innovation (NSI). She serves as mentor for emerging researchers in interdisciplinary areas and an external examiner for undergraduate and postgraduate students in Library, Information Science and Knowledge Management.

Daisy serves on a number scientific bodies and also as an editorial board member of the South African Journal of Library and Information Science (SAJLIS) and the Global Change Research Data Publishing and Repository and a reviewer of several programs.

She serves on a number of national boards and Advisory Councils. Internationally she is a member of Board of Directors of ORCID (represent EMEA – East Asia, Middle East and Africa) and the Confederation of Open Access Repositories (COAR).

Daisy has served the then ICSU and CODATA on a number of forums, contributed to position papers, co-ordinated workshops, chaired conference sessions and made numerous local and international presentations on areas related to CODATA objectives. She has served CODATA in the following areas:

She was part of the Founding and Executive Members of the International Data Forum (IDF) 2007-2010. Instrumental in the formulation of Statement on Open Access for grant funding; Statement on ORCID ID and Predatory Publishing.

She holds a PhD in Information Science from the University of Johannesburg; a Fellow of the Higher Education Resource Service for Women in Higher Education (HERS) South Africa and Bryn Mawr College in Philadelphia, USA. Acknowledged with the Knowledge Management Award in 2016 by the World Education Congress.