This is the sixth in the series of short statements from candidates in the forthcoming CODATA Elections. As an existing member of the CODATA Executive Committee, LI Jianhui is applying for re-election as an Ordinary Member.  He was nominated by the Chinese CODATA National Committee. 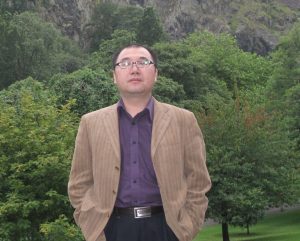 Fourteen years ago, I attended the 18th International CODATA Conference — “Frontiers of Scientific and Technical Data” in Montreal. That is the first time I joined CODATA activities, and since that time, I have been very happy to be a member of CODATA Family. Nine years ago, I was lucky enough to be designated Secretary-General of the Chinese National Committee for CODATA (CODATA-CHINA), and since then I have lead CODATA-China activities, organizing bilateral & multilateral data cooperation，and engaging in CODATA international events. Two years ago, I was elected as the Ordinary Member of the CODATA Executive Committee. And today, it’s my honour to be nominated as the candidate of the Ordinary Member of the CODATA Executive Committee again.

As a professor in CNIC (Computer Network Information Centre of the Chinese Academy of Sciences), My job and research is focused on scientific data infrastructure design and development, scientific data citation and publication, data intensive computing and data science. I have been leading scientific data sharing in Chinese Academy of Sciences (CAS) for more than 10 years, and I am now pushing forward research data sharing and data publication in China. I led the design, development and implementation of the CAS Scientific Data Cloud (http://www.csdb.cn) for data sharing, big data analysis and large-scale data-Intensive scientific research. I initiated an open access data journal “China Scientific Data” (http://www.csdata.org) to enable research data sharing so that it can be accessible and intelligible. I am also leading the development and services of the National Data Sharing Network for Basic Research, funded by the Ministry of Science and Technology, which coordinates scientific research data sharing among universities, institutions and other research organizations. I will lead to develop a big research data life-cycle management system in the next three years, also funded by Ministry of Science and Technology.

As the Secretary-General of CODATA-CHINA, I organized a series of activities to help promote and improve scientific and technical data management and use, and increasing the impact of CODATA in China. In 2014, I initiated and convened the National Scientific Data Conference in China. As a national level academic conference on scientific data, it is now held annually. In 2012，I also initiated the International Training Workshop for Developing Countries on Scientific Data co-sponsored by CAS, CODATA and CODATA-CHINA. The training workshop was successfully held in 2012, 2014 and 2016 in Beijing. This is the best practice and demonstration for CODATA capacity building. Additionally, Paul Uhlir and I have coordinated a series of China-U.S. roundtable meetings on scientific data cooperation from 2006 to 2014, jointly hosted by CODATA-CHINA and U.S. National Committee for CODATA, serving as a catalyst and coordinating body for bilateral cooperation on scientific data practices and policies at the academic and national level in each country.

As an ordinary member of CODATA Executive Committee, I have actively engaged in CODATA activities: I have assiduously performed the role of Task Group liaison, I have helped organize Task Group meetings in China, for example, the China data citation workshop, and I have helped increase CODATA’s visibility in developing countries.  I have also acted as an expert linking with other international organizations: for example on the OECD GSF expert group for Data Infrastructures and the on the Working Group for the Science International Accord on Open Data in a Big Data World.

This is a Big Data era, in which scientific discovery will be increasingly driven by big data. As a very unique international organization, CODATA should be and can play a leading role in this tread. We have identified our three priorities: data policy, frontiers of data science and capacities building. We need to make these happened, through our task groups, working groups, national members, union members and supporting organizations, linking with the other organizations, for example, WDS, GSF,ISDE, GEO, etc. I believe my expertise will help CODATA carry out its missions, objectives and key initiatives of Strategic Plan, especially in capacity building in developing counties, open data policy and best practice in developing countries.