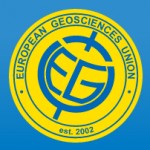 Every two years, climate scientists at Elsevier (New York) and IEDA (Integrated Earth Data Applications, Columbia University), jointly support and award the International Data Rescue Award in the Geosciences for the best project that describes the ‘rescue’ of heritage data in the context of the geosciences. The result of the competition for 2014-15 was announced at the annual meeting of the European Geosciences Union (EGU), held in April in Vienna. The strength and scope of the competition had increased significantly since the 2013 one.

A shortlist of four was announced in Vienna: with three receiving ‘honourable mention’.  The winner of the 2015 International Data Rescue Award in the Geosciences was British Macrofossils Online, a Jisc-funded project from the British Geological Survey to create a fully electronic catalogue of all the fossil collections in UK museums and similar repositories. The project team consisted of Mike Howe, Caroline Buttler, Dan Pemberton, Eliza Howlett, Tim McCormick, Simon Harris and Michela Contessi working alongside a number of other contributors.

During the same ceremony, a Special Issue of an online journal, GeoResJ, was launched: it was given over entirely to descriptions of data rescue projects, and featured a six-page introductory article by the CODATA “Data At Risk” Task Group (DAR-TG) team, entitled ‘When are Old Data New Data?’.

Opening the meeting in Vienna, Dr Elizabeth Griffin (Chair, DAR-TG) explained and illustrated the considerable scientific importance of recovering scientific information that was recorded before the electronic age, and what CODATA (through its TG) was attempting to do towards stimulating many more data recovery efforts. The visibility which the evening afforded to the DAR-TG and to CODATA itself was very valuable, the event presenting a memorable complement of rationale, endeavour and achievement. Open publicity of this nature is one of the goals of the DAR-TG; it is essential for spreading the word about undertaking and (then) coordinating efforts to bring archived, nearly lost, or almost unreadable data back into full service.