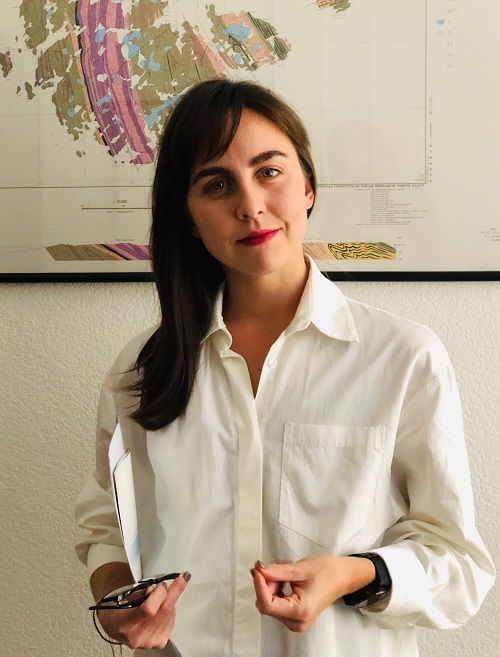 This is the thirteen in the series of short statements from candidates in the forthcoming CODATA Elections at the General Assembly to be held on 9-10 November in Gaborone, Botswana, following International Data Week. Alena Rybkina is a candidate for the CODATA Executive Committee as CODATA Vice President.  She was nominated by Russia, IUGG.

Dr. Alena Rybkina is the deputy director of the Geophysical center of the Russian Academy of Sciences (GC RAS).

She has been serving on the position of the CODATA executive committee member since 2014, secretary general of the Russian National committee and co-opted member of the Union Commission on Data and Information (UCDI). She was an active member of the CODATA Task Group “Earth and Space Science Data Interoperability” and co-authored the “Atlas of the Earth’s Magnetic Field”.

She took part in a number of the international and national projects including programs of Ministry of education and science, Russian scientific foundation, Foundation for basic research. She is an active member of the RAS Committee on System Analysis that serves as the Russian NMO of the International Institute for Applied Systems Analysis.

She is experienced in the organization of international and national events devoted to promotion of data science in Russia and other countries. In particular she was the principal organizer of the conferences “Electronic Geophysical Year: State of the Art and Results” in 2009, Pereslavl-Zalessky, “Artificial Intelligence in the Earth’s Magnetic Field Study. INTERMAGNET Russian Segment” in 2011, Uglich. “Geophysical Observatories, Multifunctional GIS and Data Mining” in 2013, Kaluga. “Data Intensive System Analysis for Geohazard Studies” in 2016, Sochi. In 2017 she initiated CODATA regional conference “Global challenges and data-driven science”. The Conference brought together leading data scientists, data managers and specialists as well as Big Data experts from more than 35 countries. Such international event provides higher visibility of the existed studies and face the community with the new goals. Growing utilitarian importance of science diplomacy is reflected in various international science activities and CODATA international conference in Saint Petersburg played important role in this dimension.

For the last decades, Alena has been working in the field of data collection, data mining and visualization. She a specialist in implementation of modern information and visualization technologies in the research and industrial domain. Among principal goals is the development of the spherical projection system and software aimed at visualization of various geo data sets and popularization of the Earth sciences and its implementation within scientific and educational organizations in Russia and abroad. Her research background is geology with the focus on the reconstruction of the paleo environment. She took part in geological expeditions in Russia, Ukraine, France and Italy to collect geomagnetic data.

On the position of the Vice-President she will be aimed in promotion of efficient global collaboration for improved knowledge, understanding of the earth system and sustainable development. Her experience in scientific management will help to build an effective system for integrating and managing research needs. She will focus on the visibility of current and future CODATA projects through global research community. Among the principal goals is an involvement of a new national members and support from stakeholders. Effective data science dialog should be established between nations and continents and CODATA should be recognized as a new platform for future collaboration.

The merger of ICSU and the ISSC require a strategic overview of the current CODATA activities to build an effective system for global collaboration in data science.