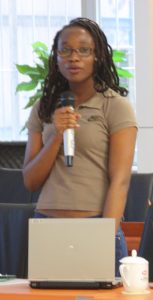 Thifhelimbilu introduces herself at the Beijing Training Workshop

Thifhelimbilu Mulabisana is a Junior Scientist in the Geophysics Division of the Council for Geoscience in South Africa. Her day-to-day work involves the recording, processing and analysis of seismological data. The organization manages a network of over 50 seismic stations around the country and these are continuously streaming data into her office for processing. Thifhelimbilu attended the CODATA International Training Workshop in Big Data for Science in July 2016.  And in July 2017 she was able to follow this by attending the School for Young Scientists “Methods of Comprehensive Assessment of Seismic Hazard”, organised by the CODATA member organisation for Russia, the Geophysical Centre of the Russian Academy of Sciences. This is the first of two blog posts in which you can read about the experiences of one young researcher from South Africa in training activities that took her from Beijing to Moscow and back.

Two years before I went to the Beijing training workshop, one of my colleagues went to the same workshop and his feedback about the training was nothing but great. I then became eager to attend the training and so applied as soon as they advertised the course.

The training workshop was focused on promoting improved scientific and technical data management and use. This was exactly what I needed at the time as I was studying towards my MSc. My dissertation was focused on the earthquake catalogue of southern Africa and this was the biggest data I had ever worked with. It became more tedious and frustrating with time and I knew I needed to find better ways to deal with that amount of data. 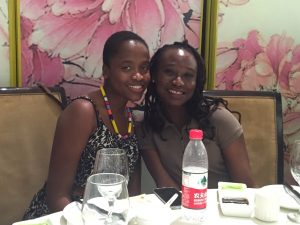 From the day I found out that I was going to China I was excited, I had never been to Asia. The thrill of going to a country where their medium of instruction is not English was both a challenge and nerve racking (though the Training Workshop is taught in English).

When I arrived in Beijing, my expectation about it was exceeded. Except of course for the stares I got for being black and having long dreadlocks! I suppose people in this part of the world do not get to see a lot of dreadlocks, as some of them even went as far as trying to take pictures of me. There were those who tried to be a bit polite and ask but some of them just went ahead and took the pictures. The whole experience had a certain level of violation but mostly taught me about the diversity we have as a human species. 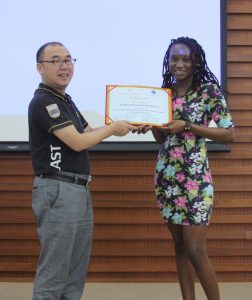 Thifhelimbilu receives the participation certificate from Prof. LI Jianhui, Secretary General of CODATA China and a member of the CODATA Executive Committee

As most of the Chinese people do not speak nor understand English, and as much as I tried to learn the Chinese language using Google translate, the language barrier was a huge obstacle every time I had to get food. This issue was so evident so much that, most of the time I did not know what exactly I was eating! The first few days, this did not sit well with me but as time went by I was only concerned about how food tasted.

Day one of the training was blissful; I met brilliant young scientists from different fields. This encouraged me to do more for science and be better. Not forgetting meeting the lecturers, the giant scientist I have been longing to meet since I read the first pamphlet about the training course.

The real work began and as I had expected topics such as interdisciplinary applications of open research data, data intensive research, data management policies, cloud computing, visualization, analytics and data infrastructure development in the Big Data Age were covered precisely and greatly so. The practical sessions we had had the most impact by ensuring that I understood the topics well enough and I left every lesson confident that I will be able to do the same when I get back to my home country.

I can confidently confess that this course helped me with my MSc studies, which I completed successfully. I am most grateful to the organisers, CODATA, the Chinese Academy of Sciences and the Council for Geoscience for their sponsorship. 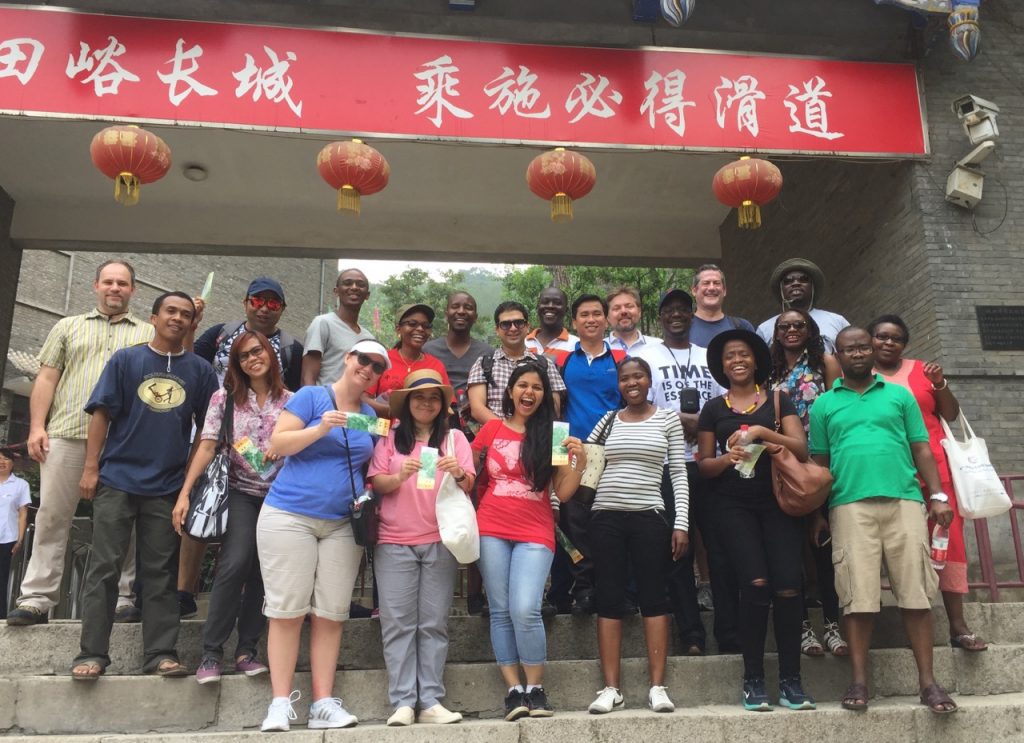