This is the tenth in the series of short statements from candidates in the forthcoming CODATA Elections. Paul Uhlir is a new candidate for the CODATA Executive Committee as an Ordinary Member.  He was nominated by the USA CODATA National Committee. 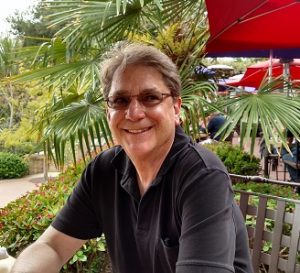 If elected as Ordinary Member of the CODATA Executive Committee, 2016-2018, I expect to share my expertise and experience, outlined below, in the three CODATA Strategic Plan areas. I also want to focus on enlarging the national and institutional memberships to make CODATA more fiscally sustainable using my extensive international contacts, and to help develop a strategy for strengthening the work on the CODATA National Committees.

I have played an active role in CODATA since 1992, when I was appointed as Director of the U.S. National Committee for CODATA at the National Academy of Sciences in Washington, DC. Other CODATA functions over the last 25 years have included the following:

I am currently a Scholar of the National Academy of Sciences and a consultant on data management and policy. Before that, I worked at the NAS from 1985 to 2015 in various senior positions, most recently as Director of the Board on Research Data and Information, which also represented the U.S. CODATA. Prior to the NAS, I was a foreign relations officer and a member of the general counsel’s office at the National Environmental Satellite, Data, and Information Service in the Department of Commerce. I have university degrees in world history, foreign relations, and law. The full background information about my many other research data activities and accomplishments can be found on my website at: http://www.paulfuhlir.com. More specifically, I have extensive experience in all 3 strategic areas of CODATA: