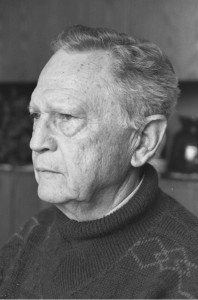 The CODATA community recently learnt with regret of the death of David Abir, former CODATA President.

‘During his Presidency,’ observes John Rumble, former President of CODATA, ‘Abir worked assiduously to ensure inclusiveness for all CODATA members and preparing CODATA to be a key participant in the emerging global information and connectivity revolution.’

In CODATA activities, he was prominent in the ‘Industrial Data Commission’:

This Commission was established in 1984 to guide the Executive Committee on the data needs of the industry. It was chaired by Jack Westbrook, a US physicist who had a long career as an industrial materials expert for General Electric, and included members who worked in the chemical, aeronautics, metallurgical, and other industries. Among other activities, the Commission conducted in 1985 an International Workshop on Materials Data Systems for Engineering in Schluchsee, Germany, that addressed industrial needs and recommended to start several new CODATA activities. One of its recommendations was to set up a Task Group on Materials Database Standards, later broadened to include other aspects of database management. 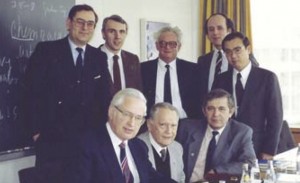 The CODATA Industrial Data Commission in the 1980s: David Abir is seated in the centre.

David Lide, who was an active member of CODATA during Abir’s era, writes: ‘I worked with David Abir for many years, both before and during his term as CODATA President. He made many contributions to CODATA, especially by encouraging more emphasis on data of engineering importance, in keeping with his career as an aeronautical engineer. Moreover, he was a voice of reason in the sometimes contentious debates over the directions that CODATA should take.’

Gordon Wood, also an active member during Abir’s era, writes: ‘Having first met David Abir at the CODATA Conference in Jerusalem in 1984, we worked closely together from 1990-94 as President and Secretary General respectively. David took his responsibilities very seriously and consistently sought what was best for CODATA’s future, both scientifically and organizationally. I will remember David as a gentleman and colleague.’ 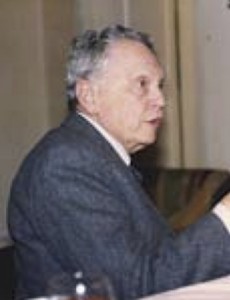 David Abir at the CODATA General Assembly in 1990

The Israeli National CODATA Committee wishes to point out some additional activities and achievements of Prof. Abir:

Prof David Abir (1922-2016) contributed during his long career as scientist and engineer to numerous activities for the benefit of his country and the scientific community. Starting in 1943, he served as a chief instructor of the aero club of Palestine; later he served in the Israeli Air Force, when it was formed in 1948; he was one of the founders of the Faculty of Aeronautical Engineering at the Technion, The Israeli Institute of Technology, where he was also the Dean of Faculty in 1962-64. He joined Tel-Aviv University in 1972, and was Associate Dean of the Faculty of Engineering (1972-1980). David Abir was a Fellow of the Royal Aeronautical Society, London, and a Fellow of The Institution of Mechanical Engineers, London, both since 1965.

Reuven Granot, a member of Israeli CODATA Committee: ‘As a member of The National CODATA Committee, I worked with Prof. David Abir during the last three decades. His kindness, openness to help and his willing to share his enormous experience and knowledge with others was outstanding. I shall remember David, as a close friend and scientific leader to follow.’

The CODATA Executive Committee and Officers wish to express their profound regret at the passing of this distinguished, highly-esteemed colleague and friend. Our condolences go to David’s family and friends.