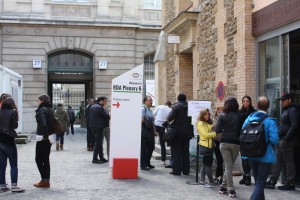 RDA Plenary 6 took place in balmy late September in the centre of Paris, within the confines of CNAM (Conservatoire National des Arts et Métiers) and just down the road from the République. Inaugurated in 1794, CNAM took over a deserted Priory and formally opened in 1802.

As well as housing a museum of innovations relevant to science and industry, it also (and primarily) serves as an adult educational centre, with emphases on practical training in science and engineering on the one hand and management and social sciences on the other. Whether it rose adequately to the challenge of a sudden influx of nearly 600 RDA delegates is more subjective. 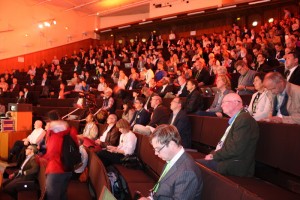 A marquee in the central court provided what should have been a good meeting point for meal-time discussions, but the wooden floor and harsh surrounds offered abysmal acoustics, encouraging many to retreat outside and perch on the stone window-sills (sunshine permitting). Whether delegates succeeded in locating and reaching the right meeting-rooms (either conventional classrooms or formal tiered theatres) allocated to their sessions depended on perseverance as well as physical fitness, offering a learning curve as steep as the flights of stairs. But none of that affected the characteristic-RDA zest of the meeting, which included the (now regular) admix of numerous IG, WG, BoF and formal plenary sessions.

What signs of the Liberté, Egalité, Fraternité, suggested by such proximity to the République? My French dictionary (1988 edition) offers no equivalent to `sorority’ or `sisterhood’, and a hard-hitting talk by Dame Wendy Hall to a Women-in-RDA breakfast meeting hinted that the emergence of women in both science and practical society is still Work in Progress. Women are climbing the scientific career-ladders, but not as quickly as some of the pointers anticipate. Where, then, is France?

Yet evidence of Progress abounded, even at the opening session: an impressive Keynote presentation by Barbara Ryan (Earth Observations, Geneva), “Unleashing the Power of Earth Observations – Together”, encouraged collaboration not competition, while the Minister of State for Digital Technology in the French Ministry of Economy, Industry and Digital Technology, who made a flying visit to give a welcome address, proved – much to our surprise – to be a young working mother. Allez les filles ! 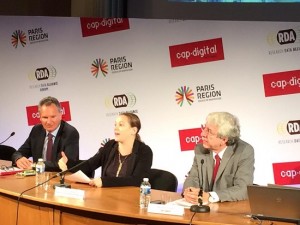 Women carry quite a load between them at plenaries, this one being no exception. It would be instructive to see a gender disaggregation of Chairs, and to look for any bias between (for instance) those addressing social and educational matters on the one hand, and science, engineering and data management on the other.

Do women have the Liberté to select their chosen and fulfilling careers, or is true Egalité still a dream for a future that must coin a new word to represent the “togetherness” of our scientific efforts? Add does it matter? Yes, in some ways the matter is crucial.

Organizations, whether for research or for data management, share a common structure that is inevitably somewhat vertical, and in which actual power lies with those who are designers and builders. We don’t intentionally spend resources duplicating what is already extant; life is too short, and we accept and apply what is provided, be it a computer system, a hierarchy of data management, an educational set-up or a scheme for raising funds.

Even apart from some recognized differences in thought processes between “male” and “female” mind-types, other biologically-related forces simply cannot be ignored, like body language (oh for uniform attire!) or a reputed capacity for multi-tasking. And if there is one place that needs to embrace multi-tasking it is surely the RDA. Greater aggregation, or clustering, of the over-many topics that are now registered as Interest Groups would enhance the complementary aspects of a number of rather similar-looking sessions, while more plenaries would result in greater emphasis on the broader picture and thence on the raison d’être of the RDA.