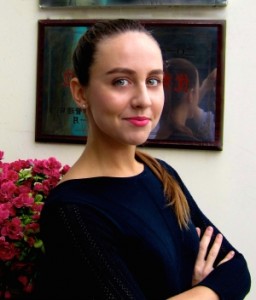 “On 28-30 September 2015, the joint workshop of the Scientific Committee on Solar-Terrestrial Physics (SCOSTEP) and the ICSU World Data System (ICSU-WDS) ‘Global Data Activities for the Study of Solar-Terrestrial Variability’ was held in the National Institute of Information and Communications Technology (NICT), in Tokyo, Japan.

The workshop mainly focused on data issues and data analysis. More than 60 participants shared their experience in data activities in the field of Earth-Space interoperability. From 49 presentations 21 were related to event data analysis, 4 to data science and 9 to data systems. 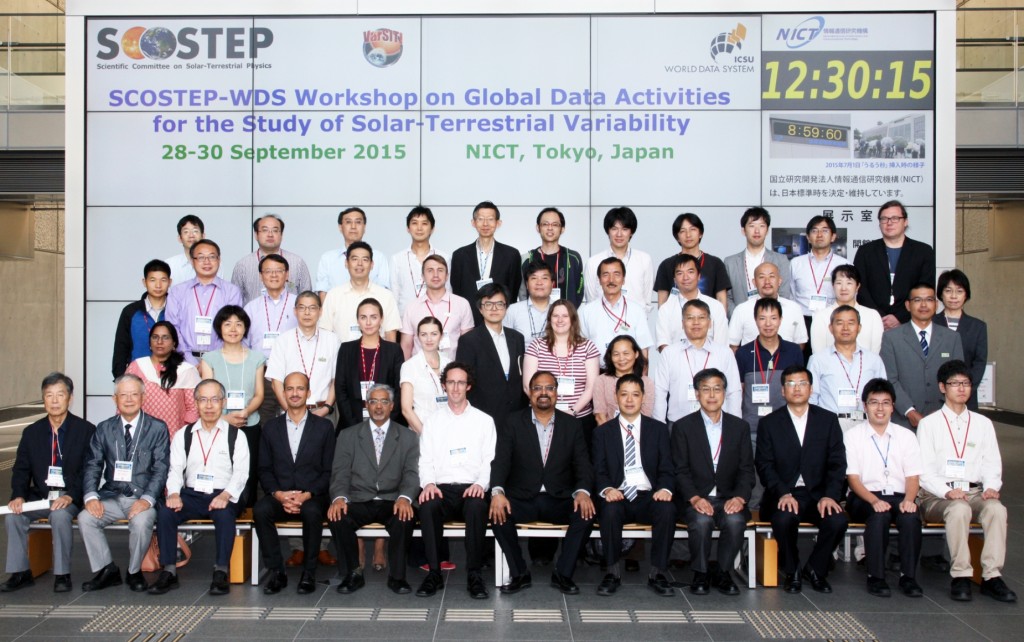 SCOSTEP is an ICSU Interdisciplinary Body tasked with the responsibility to organize long-term scientific programs in solar terrestrial physics. Variability of the Sun and Its Terrestrial Impact (VarSITI) is that program for the period 2014–2018. The VarSITI program will strive for international collaboration in data analysis, modeling, and theory to understand how the solar variability affects Earth.

VarSITI (will have four scientific elements that address solar terrestrial problems keeping the current low solar activity as the common thread: SEE (Solar evolution and Extrema), MiniMax24/ISEST (International Study of Earth-affecting Solar Transients), SPeCIMEN (Specification and Prediction of the Coupled Inner-Magnetospheric Environment), and ROSMIC (Role Of the Sun and the Middle atmosphere/thermosphere/ionosphere In Climate) (SCOSTEP-VarSITI Brochure 2013).

The Global Data Activities for the Study of Solar Terrestrial Variability workshop was launched with the panel discussion related to the VarSITI’s Data Challenges.

The cross cutting point of the discussion was data accessibility and understandability for the community and researchers from the neighboring scientific fields. Involvement of CODATA to VarSITI project play important role and it was mentioned by the members of the Panel since adaption of high level principles is essential when it comes to the data management.

It was finalized with the signing procedure of the Memorandum of understanding between SCOSTEP, ICSU and WDS. SCOSTEP became the member of WDS. 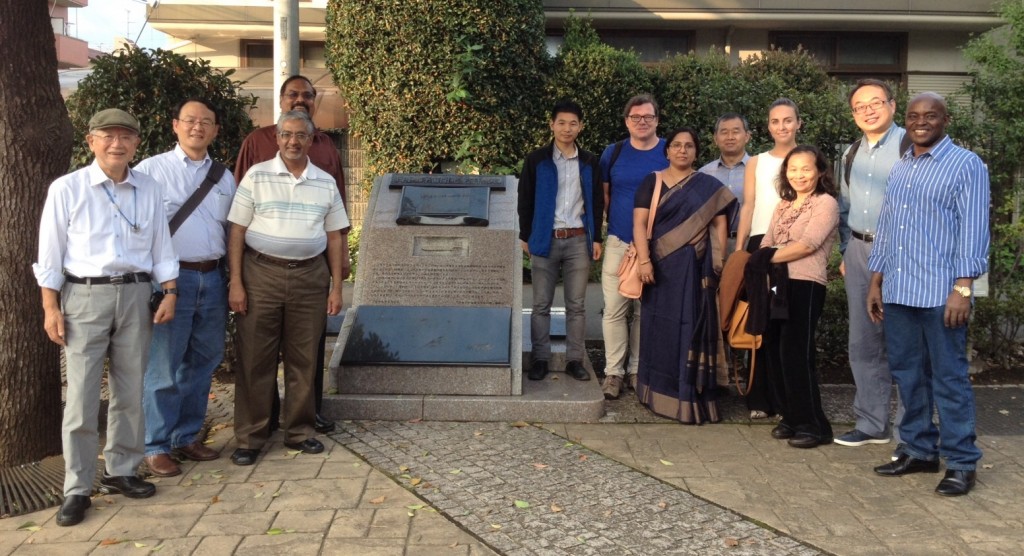 As a member of the CODATA Executive Committee and the Task Group on Earth and Space Science Data Interoperability, I represented CODATA at this workshop. I gave an invited talk about CODATA activities during plenary session of the workshop and followed seminar in the National Institute of Polar Research (NIPR). Special attention was paid to the activities of CODATA TG “Earth and Space science data interoperability” as it is strongly related to the subject of the workshop. Another topic of interest among participants was Data Citation. Japan was one of the first countries that used DOIs (Digital Object Identifiers) to persistently identify observational data. That activity is among the top priorities of the data community and their experience play important role for future investigations. I will play a role therefore in connecting SCOSTEP and VarSITI with international activities to promote data citation.”