This is the eighth in the series of short statements from candidates in the forthcoming CODATA Elections. Tim Dye is a new candidate seeking election to the the Executive Committee.  He is nominated by IUAES, the International Union of Anthropological and Ethnological Sciences. 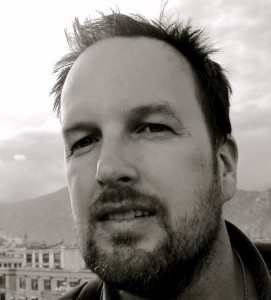 The “human” aspect of data is frequently absent or minimalized in technological and scientific communities, though we all directly experience the primacy of critical relationships at the local, national, and international levels that enable the sharing of ideas, methods, and resources. I represent the International Union of Anthropological and Ethnological Sciences (IUAES) on CODATA, and, as such, bring a two-fold emphasis on 1) the human relationship with data and 2) the value of curating, analyzing, and using unstructured (qualitative) data.

While we who work in informatics and data science often focus predominantly on technical and mechanical aspects of capturing, analyzing, and disseminating data, my own interests relate to the human relationships that surround this work – such as the political, social, and cultural aspects of data, data diplomacy, and frameworks for community ownership of data (for example, among indigenous populations). As a medical anthropologist, I am committed to exploring areas where the ethical generation and use of data (particularly but not only scientific data) can help improve the human condition around the world, respecting equity and justice.

Without deliberate inclusion of issues surrounding the human aspects of data within data-related policymaking, technological innovation, and global scientific organizations, we exacerbate inequity and waste of resources. The very existence of CODATA represents acknowledgement that international and inter-organizational cooperation is valued and central to global conversations around science and technology, and I believe that the continued infusion of social science and community perspectives within CODATA’s framework augments its ability to create cooperation and global value. These central values of CODATA align well with my own, and with the International Union of Anthropological and Ethnological Sciences.