1. The Digital Revolution and its Implications

The means by which information and knowledge are acquired, stored and communicated have always been powerful drivers of human material and social progress. These processes have been transformed by the widespread replacement of analogue by digital technologies, promoting a revolution in the human capacity to uncover and communicate hitherto inaccessible patterns in nature and society. So profound are the implications of these changes that there are few areas of science, or of individual, social or political action to which they are not relevant. They should be a fundamental basis for the scientific contribution to realisation of the sustainable development goals.

Open Science is a crucial enabler. This is a powerful paradigm that combines the historical imperative for scientists to expose their working, evidence and results to scrutiny by their peers, with the power of digital communication to open them to public access, scrutiny, and re-use, and to facilitate engagement with other public actors in collaborative learning, problem-solving and open innovation. Almost all national science systems are struggling to adapt to this new paradigm, with varying levels of investment and energy, and with varying definitions of its scope.

3. The Challenge for Africa

Successfully addressing major global challenges depends on achieving global engagement. It is vital that African states rise to this challenge by developing their own capacities. Otherwise, they risk becoming dependent upon skills bought in from elsewhere as passive and ill-informed consumers of expensive data services.

The opportunity is to collaborate by federating national and pan-African capabilities to create an African capacity that is greater than the sum of its parts. Discussions between a number of key African scientists and their organisations, together with officers of the International Science Council (ISC), its Committee on Data (CODATA), the South African Department of Science and Technology (DST) and the National Research Foundation (NRF) led to creation of a Pilot Project to explore the potential of a major pan-African initiative in Open Science. The Pilot has been successful in engendering enthusiasms and commitment across Africa, leading to the creation of an interim Advisory Council that has made the decision to promote a major enabling initiative in and of Africa, to create an African Open Science Platform. A meeting of relevant African thought leaders in March 2018 confirmed this view and agreed the following strategic concept. 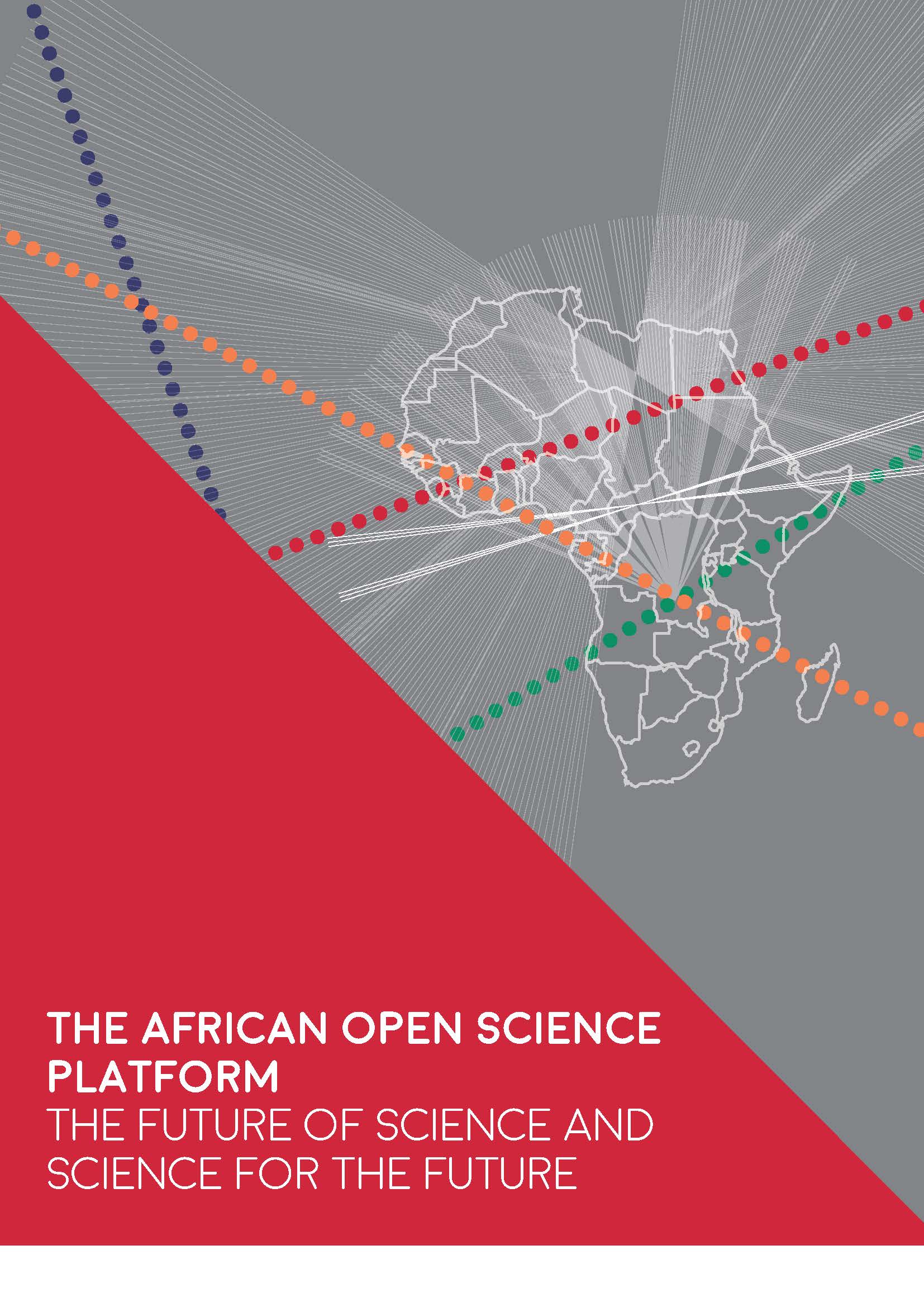 The vision is for African scientists to be at the cutting edge of contemporary, data-intensive science as a fundamental resource for a modern society; to be innovative global exponents and advocates of Open Science; and as leaders in addressing African and Global Challenges.

The African Open Science Platform is being designed to convene and coordinate the interests, ideas, people, institutions and resources needed to advocate and to advance open science in and for Africa through:

1: a federated system that provides scientists and other societal actors with the means to find, deposit, manage, share and reuse data, software and metadata in pursuing their interests. This will comprise three strands:

2: a network of dispersed participants working though activity nodes in pursuit of shared and overlapping open science goals delivered through:

This vision is laid out further in the report from that meeting The African Open Science Platform: The Future of Science and the Science of the Future.

The interim Advisory Council is chaired by Dr. Khotso Mokhele, Chancellor of the University of the Free State, formerly advisor to Minister of Science Pandor, with the role of guiding the trajectory of Platform development. It is supported by a Technical Advisory Board chaired by Professor Joseph Wafula of JKUAT, Kenya, to determine technical priorities. As the Platform develops, they will acquire further members that have a pan-African, regional or national remit. It is envisaged that members will invest resources (financial and in-kind) support delivery of particular work strands, whilst knowledge partners will be activity-based users and contributors to the work strands.

The formal launch of the Platform is planned for December 2018, with an operational launch of platform strands as soon as possible after that date, and by January 2020 at the latest.

Community building and the planning for launch has been under way for two years through a pilot project funded by DST in association with the NRF, by ISC and by CODATA. The project office is hosted by Academy of Sciences of South Africa (ASSAf) and directed by CODATA. Its priorities are to:

Many national and pan-African institutions and organisations have been involved in discussion and planning including National Research and Education Networks (NRENs), Universities, Research Libraries, Academies and research initiatives, whilst the Platform Project has supported the development of several National Data Fora. An important objective of this phase has been to raise awareness and build a pan-African community of policy and practice to serve as a basis for the development and launch, in 2018, of the AOSP operational phase. The AOSP Office has managed the process of community building which includes formal meetings with key national and scientific representatives, acting the as joint sponsor in meetings organised by other scientific groups, including the 2018 International Data Week, to be held in Botswana. The Office plays an increasingly important role in informing the African scientific community of data management and analytical tools, data-relevant meetings, opportunities and developments. 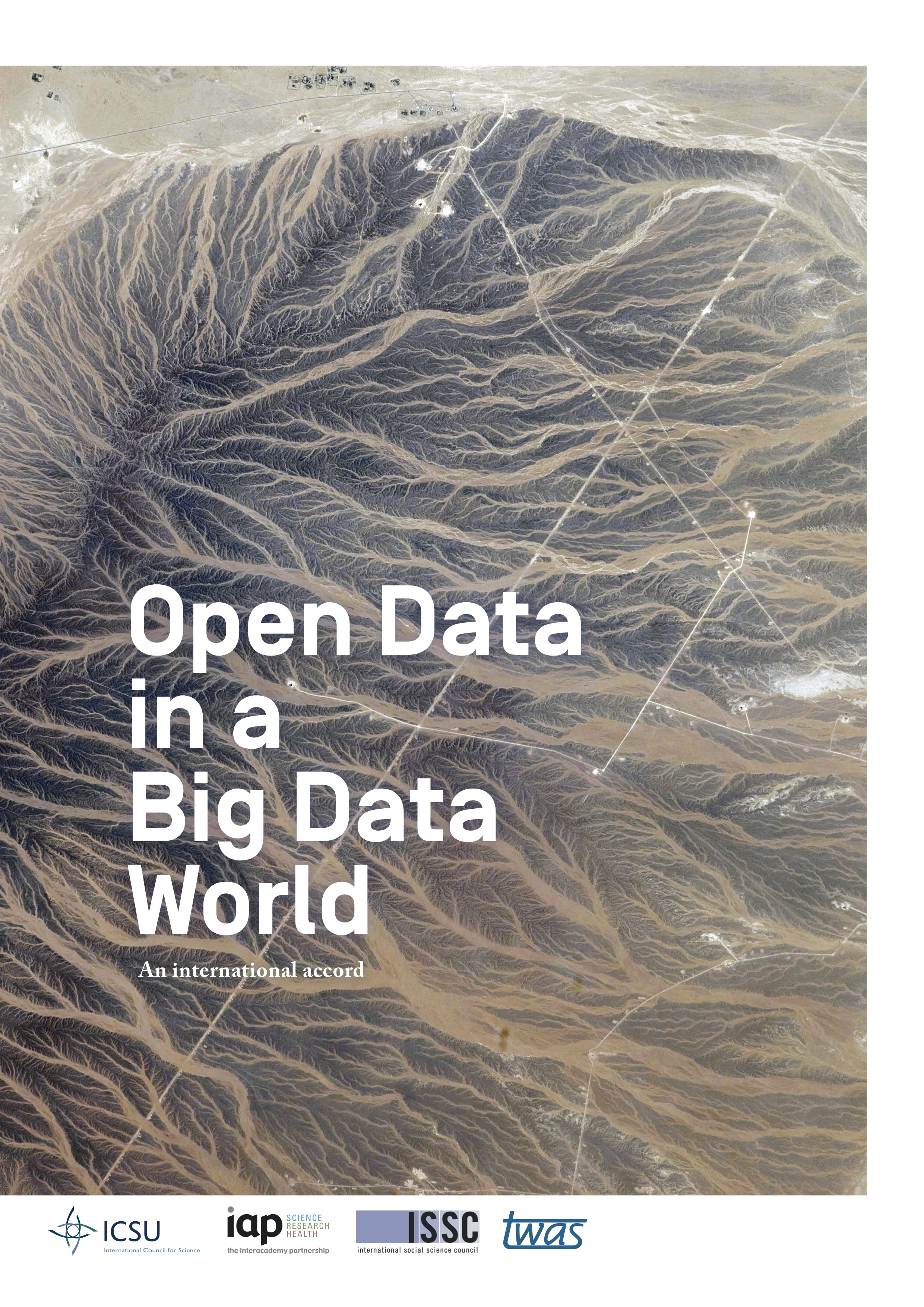 9. Origins: The Science International Accord on Open Data in a Big Data World

The roots of the initiative lie in the Science International Accord on Open Data in a Big Data World which was launched at Science Forum South African in December 2015.  The Accord presented a set of principles and enabling pracies for Open Science.  In sum, it set out a blueprint for the African Open Science Platform initaitive.

For more information about the African Open Science Platform initiative, contact Simon Hodson, Executive Director of CODATA, at: simon@codata.org or consult the Platform website at http://africanopenscience.org.za/