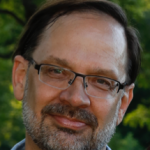 This is the third in the series of short statements from candidates in the forthcoming CODATA Elections at the General Assembly to be held on 9-10 November in Gaborone, Botswana, following International Data Week. Robert J. Hanisch is a candidate for the CODATA Executive Committee as an Ordinary Member.  He was nominated by USA

Dr. Hanisch is currently the Director, Office of Data and Informatics at NIST.  He has built that office to be a major force in US data management.  Before joining NIST in 2014, Dr. Hanisch was Director of the US Virtual Astronomical Observatory, a major contributor to innovation in open science and open data.  Over his career Dr. Hanisch has worked in both astronomy and in data, in the US as well as in France and the Netherlands.   At the Space Telescope Science Institute Dr. Hanisch led the development of the Multi-Mission Archive at Space Telescope (MAST), which hosts data from NASA’s optical, UV, and near-IR astrophysics missions.  Since coming to NIST, Bob has participated in the BRDI/US National Committee Meetings.  He has been the chair of the Steering Committee for the US National Data Service, is a past co-chair of the Research Data Alliance Domain Repositories Interest Group and is a member of the leadership team of RDA-US.  He is also a member of the Interagency Working Group on Open Science and is NIST’s representative to CENDI.  Also at NIST, Dr. Hanisch has led efforts in data discovery and preservation, coordinating the development of a new NIST-wide public data repository and deploying data resource registries for materials science, metrology, and greenhouse gases.   He has represented NIST at meetings of the Bureau International des Poids et Mesures (BIPM), the international organization that oversees the more than one hundred national metrology institutes around the world.  He has given invited talks on data management at the Materials Research Society, American Astronomical Society, Oak Ridge National Laboratory, Brookhaven National Laboratory, the United Nations Office for Outer Space Affairs, the UK’s National Physical Laboratory, the Networking and Information Technology Research and Development (NITRD) program, and the Earth Science Information Partners.  For CODATA international, Dr. Hanisch has been an active member of the Steering Committee for the Commission on Standards.  He was a key organizer of the Commission meeting held at the Royal Society on 13-15 November 2017.  Dr. Hanisch is involved in national and international issues of reproducibility in science and data as a critical building block for reproducibility.  As a member of the EC, Dr. Hanisch would be an effective contributor to our Frontiers goal and will continue to be actively involved in one of CODATA’s key international initiatives, the Commission on Data Standards (and interoperability). As a leading thinker in US data science development Dr. Hanisch can also make effective contributions to data policies and well as workforce development.